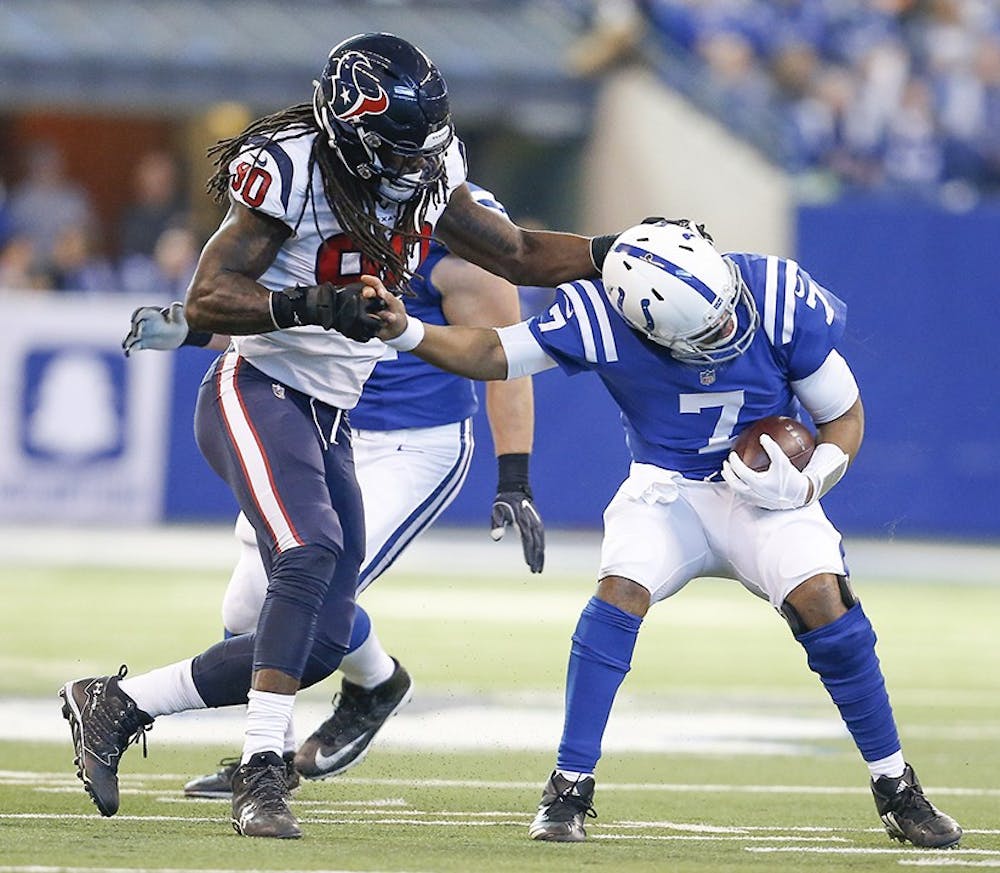 The National Football League: the biggest stage in all of American football. A stage where not many players who have grown up and played football all their lives will be able to reach. In fact, only nine out of 10,000 American high school football players will ever play in the pros with players like 2019 NFL MVP Patrick Mahomes and six-time Super Bowl champion Tom Brady.

However, those who are lucky enough to dawn the helmet of one of the 32 NFL teams often play for big name colleges before they go pro, such as Alabama, Notre Dame and Texas, to show NFL scouts they are capable of competing in the big leagues.

However, some top-ranked high school recruits go to schools with less of a historical tradition of sending players to the NFL, including South Carolina.

The most recent prospect to come out of South Carolina is wide receiver Deebo Samuel, who was drafted in the second round of the 2019 NFL draft by the San Francisco 49ers.

So far in his short NFL career, Samuel has had a total of six receptions for 104 yards in four preseason games for San Francisco, including a 45-yard reception against the Cowboys to set up a touchdown in the 17-9 victory over Dallas.

Now going into the regular season, Samuel told the Charlotte Observer he has big goals coming up for this season.

“Rookie of the Year. Why would it not be?” Samuel said. “Just hard work and dedication to the game, just staying in the room and learning from [49ers quarterback Jimmy] Garoppolo and learning from all the guys.”

After winning his first Super Bowl over the Los Angeles Rams, Gilmore was ranked the 22nd best player in the league by his fellow NFL players in the NFL Top 100. The former South Carolina cornerback was able to earn this honor by racking up a total of 45 tackles and two interceptions in his seventh season in the pros, including one in Super Bowl LIII.

Clowney tweeted out two simple words of enthusiasm after receiving the news of the trade on Aug. 31.: “GO TIME.”

Clowney was voted the 63rd-best player in the big leagues in the NFL Top 100 due to his effectiveness on the field for the Texans in 2018. The former first-overall pick accounted for a total of 47 tackles, including nine sacks on the Houston defensive line last season.

Now with the 2019 NFL season underway, these former Gamecocks, who have already made their mark in Gamecock football history, are ready to make their mark in the NFL during the 2019 season.