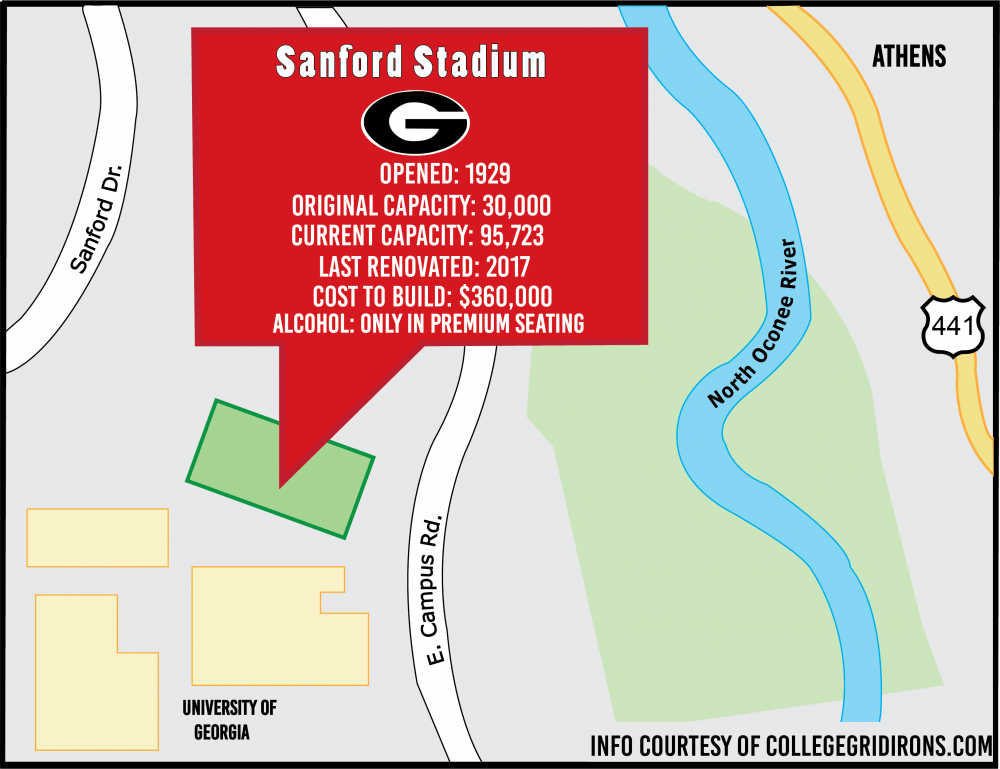 Everything Gamecock fans need to know about Athens, Georgia for the upcoming away game.

On Saturday, South Carolina football will be traveling to Athens, Georgia to take on the No. 3 Georgia Bulldogs.

The Bulldogs have a 4-0 winning streak against the Gamecocks going into this classic SEC matchup. The Gamecocks, however, are coming off a 24-7 win over Kentucky and are looking to prove the stats wrong and pull off an upset.

South Carolina fans will play a key role in helping the Gamecocks rally to win, but it requires fans to travel to Athens, Georgia. Here is what any South Carolina fan should know before making the trip.

The trip is definitely manageable, given there are only 178 miles between Columbia and Athens.

Athens itself is a beautiful town filled with rich history. Aside from football, Athens is known for a large music scene and for being a family-friendly town where a lot of University of Georgia alumni come to reunite.

Athens is known for its food scene, so there are many great options. A couple of the best dinner locations are Mama’s Boy and Pauley’s, but if you are getting into town in time for lunch, Clocked! is a town favorite burger spot.

If you were unable to get tickets to the game but are still interested in going to Athens, Jerzees Sports Bar and Magnolias are prime locations to watch the game live. After the game, Trapeze Bar is a good place to stop.

Since the game is at noon on Saturday, there’s a chance people traveling might want to spend Friday or Saturday night in Athens. There is no shortage of hotels in the area given there is a Holiday Inn, Hilton Garden Inn, Hyatt Place Athens/Downtown, Springhill Suites by Marriott and The Georgia Center, all within a few miles of Sanford Stadium.

Being an SEC school, tailgating in Georgia is as big as it is in South Carolina.

In Georgia, tailgating is mostly a potluck, and there are many lots around Sanford Stadium to choose from.

Parking is, as expected, a bit difficult around the stadium, given there are many tailgating lots set up. Most of the ideal parking spots have been purchased for the entire season, but there is parking in the Carlton Street Deck with prices ranging between $20 to $30.

When entering Sanford Stadium, you’re not only entering the Georgia Bulldogs' stadium, but also the host to the 1996 Olympic Games final soccer medal round.

Gamecock fans should also keep in mind that, because of its size, Sanford Stadium is known to be intimidating for first-time visitors.

Gates open two hours prior to kickoff and the stadium has a clear bag policy. When it comes to alcohol, no one is allowed to bring any in, but there are alcoholic beverages sold on the club level of the stadium. Similar to South Carolina, Georgia decided not to sell alcohol in general seating areas.

The Gamecocks and Bulldogs are set to kickoff at noon Saturday. The game can also be viewed on ESPN.