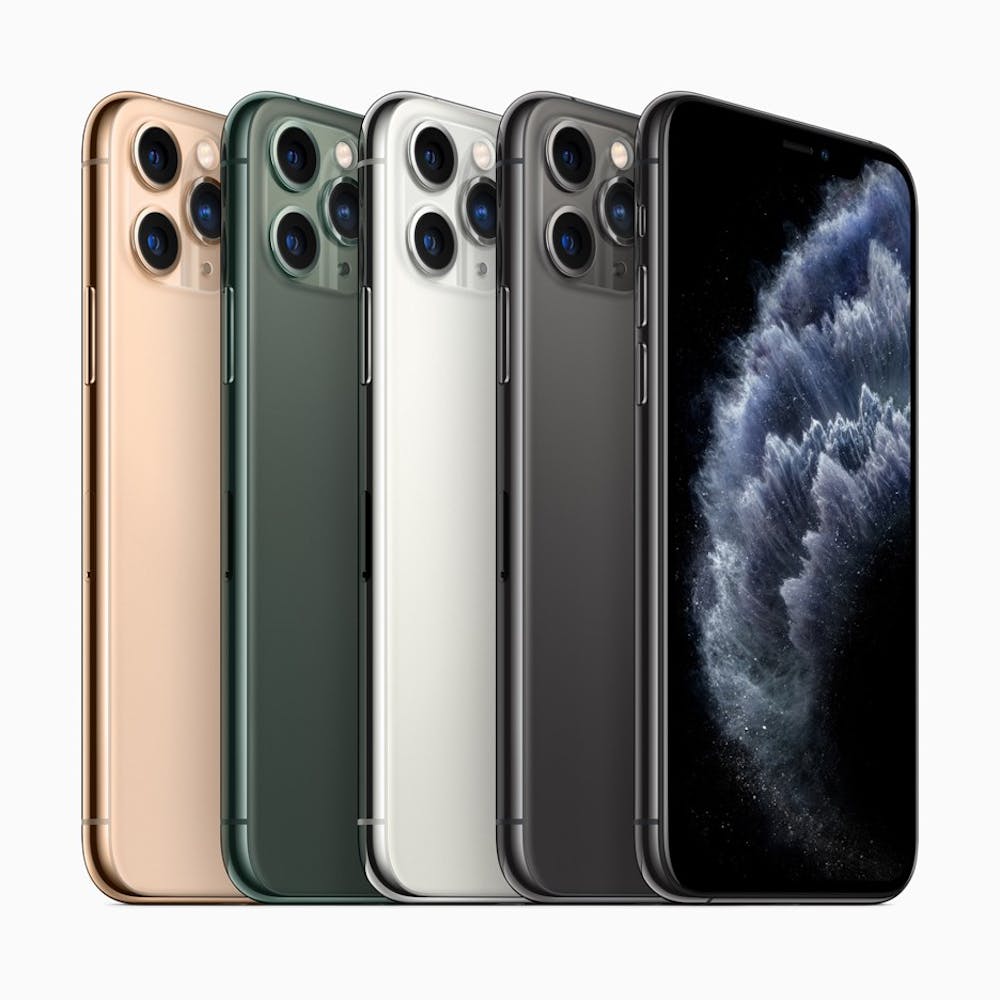 Every year, the consumer population is blessed with an outpour of brand new products from its favorite big-name companies, which push the average consumer out of cutting technological edge and further down the line of obsolescence.

Nothing brings more joy to the average American consumer than to hear about these new, state-of-the-art products with unique features and wildly increased speeds, turning many phones into apparent paperweights.

Of course, the same happened at this year’s Apple presentation event.

The feeling of seeing a brand new iPhone with a shiny new cover or revolutionary new feature, accompanied by a price tag of $800 to $1,000+, makes everyone feel amazing. This tantalizing, untouchable appeal is a surefire way for these companies to make money. Accordingly, 2019's Apple keynote reveal of the new iPhone does exactly that.

By taking a relatively successful and appreciated iPhone, such as the iPhone XR or the iPhone XS, adding a spark of pointless awesomeness and some increased specs, a new design can sell for about $500 more. The wireless charging capabilities, facial ID and nearly full-screen display of the iPhone XR, which created a democratization of the very expensive, yet revolutionary iPhone X features, still holds up in the new release.

In 2018, it had one of the best selling years since 2015 and “sold more than 217 million devices,” according to Statista. It was relatively inexpensive for most of the same capabilities, minus some aspects, such as the easily fractured OLED display.

Additionally, the actual iPhone 11 doesn’t even have these added features. It is more like an upgrade to the XR in speed but delivered in new colors, for a starting price of $700. The iPhone 11 does have four gigabytes of random access memory (RAM) and the A13 processor chip, but this essentially proves the fact it is simply faster than the already more-than-capable iPhone XR.

On the other hand, the iPhone 11 Pro (which is the iPhone 11 with a better screen and speed) is differentiated by one thing — the camera. Camera, in Apple's terms, means not one, but two completely additional cameras. Objectively, the cameras are fairly futuristic and advanced for an iPhone; in one instance the user can practically take pictures in the dark.

Technically speaking, this phone has some of the best photo capturing technology on the market and the best video recording available in a smartphone. The 11 Pro’s new photographic abilities come from having not only a telephoto camera (for regular photos), but a wide camera (for wide shots) and an ultra-wide camera (for very, very wide shots.)

Apple calls it “a transformative triple‑camera system that adds tons of capability without complexity.” In other words, Apple has added a comprehensive new camera to the same iPhone that’s already been around for two years.

Though Apple still releases fairly innovative products, there are many years where it seems to release just for the sake of making money, 2019 included. Apple did not truly advance the market with either model, and caused a lot of decent tech to be invaluable.

At this point, this has become reasonably expected from tech giants such as Apple, whose pockets are so deep they financially hold the corporation above most governments' economic abilities. Nonetheless, the company certainly has the ability and resources to create game-changing technology every year, but seems insistent on releasing slowly and tactfully for the sake of money over its product.