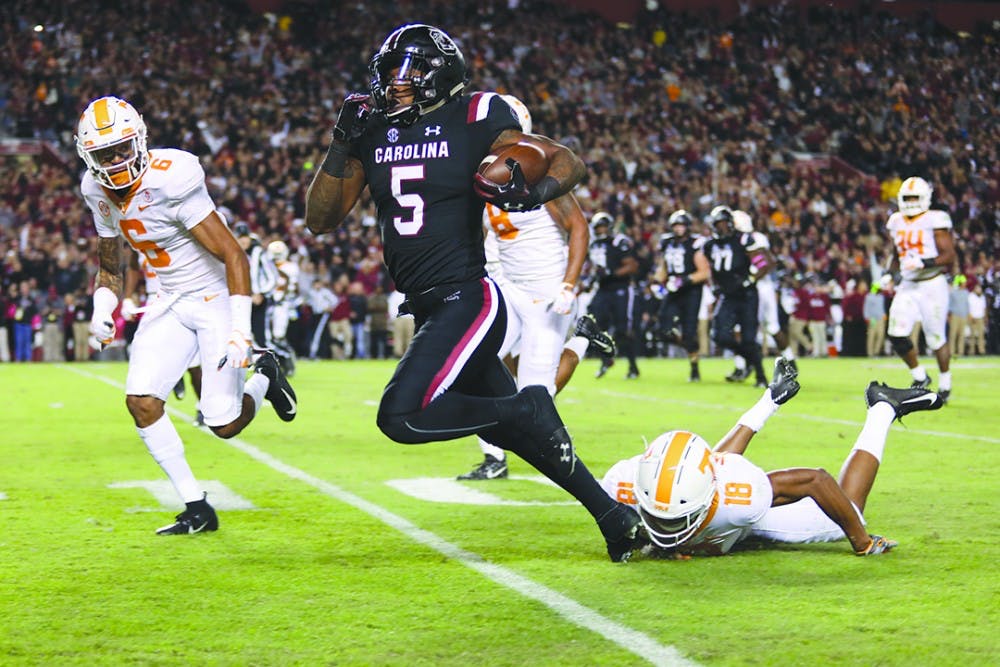 The South Carolina football team will travel to Knoxville, Tennessee to take on the Volunteers at Neyland Stadium on Saturday.

South Carolina has a three-game winning streak against Tennessee, including a win during its last trip to Knoxville in 2017.

Here’s what Gamecock fans should know if they plan to make the trip to Tennessee to support the team:

The drive from Columbia to Knoxville is relatively easy, clocking in around four hours.

Postgame traffic is heavy, as blocked roads limit routes out of Tennessee's campus. Be patient, or avoid it by leaving early or hanging out on campus for a while after the game.

Since the game is in the late afternoon, fans who want to stay the night before making the trip back to Columbia have many hotel options. The Tennessean Hotel, Hyatt Place Knoxville/Downtown, Hilton Knoxville, The Volunteer Hotel, Courtyard by Marriott Knoxville Downtown and Hampton Inn & Suites Knoxville - Downtown are all within a mile of Neyland Stadium.

For fans looking for a bite to eat before or after the game, there are two popular options. The Copper Cellar on the Cumberland Avenue "Strip" has a casual atmosphere and offers Sunday brunch. If local barbecue is more your style, Calhoun’s on the River off Neyland Drive is also a hot spot, though they serve a limited menu on home game weekends.

There is also a variety of other restaurants close to the stadium at the Strip on Cumberland Avenue.

Parking can be difficult on game day, as most spots on campus are reserved for season ticket holders. Some campus parking passes are available for purchase ahead of time on StubHub for $10 to $20.

The downtown parking garages are free all weekend after 6 p.m. on Fridays. It’s best to get there early and walk down to the stadium. It is a bit of a long walk, so shuttles to the stadium run from various locations downtown, but they are not always free.

Students, families and alumni set up their own tailgates in various open green spaces scattered around campus. As for large group sites near the stadium, students typically tailgate in Fraternity Park, and the HSS Amphitheater hosts a tailgate with blow-up slides, games and booths.

Neyland Stadium itself is the fourth-largest college football stadium in the country, with a capacity of 102,455. It is known to get loud, as Tennessee is historically a big football school. The stadium is located along the Tennessee River, and the Great Smoky Mountains are visible in the distance.

Gates to Neyland Stadium open two hours before kickoff, and there is a clear bag policy. Alcohol is sold inside the stadium until the end of the third quarter at a maximum of two beverages per transaction. Everyone must be able to produce a valid photo ID in order to purchase or consume and may be asked to show it at any time. It is suggested patrons have their ID ready at time of purchase so things move quickly.

Kickoff for the Gamecocks and Volunteers will be 4 p.m. EST Saturday. The game will be aired on SEC Network.