Column: How Gamecocks should prepare for Appalachian State 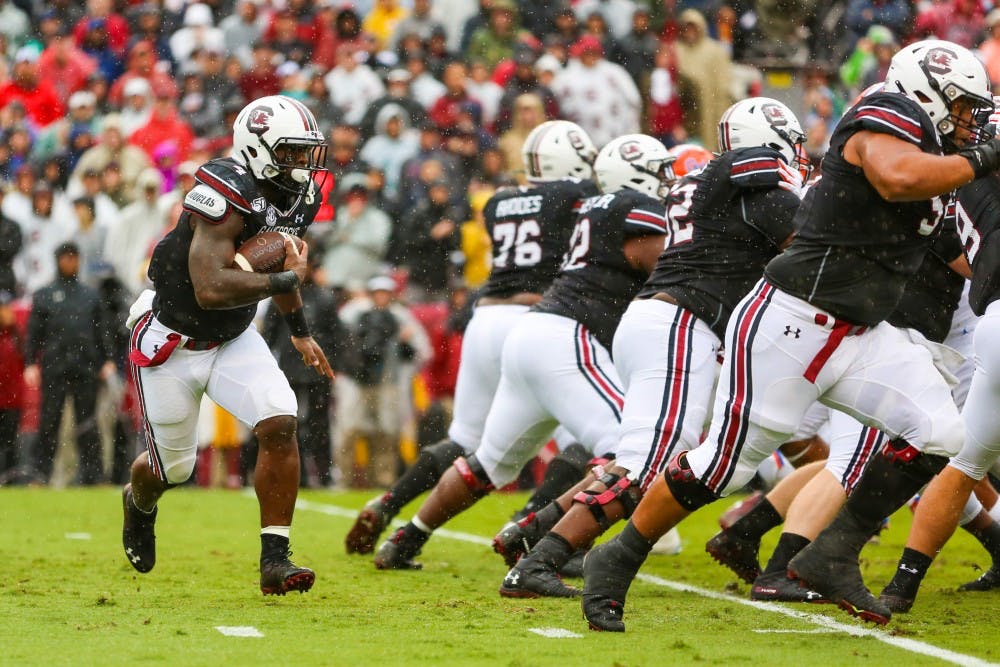 After a crucial win against Vanderbilt, the Gamecocks need to improve their defense to take on Appalachian State's offensive line this weekend at home.

While this season has been one full of turmoil for South Carolina, the Gamecocks are looking ahead to the possibility of beating a quality non-conference opponent, as the Mountaineers have proven they can hang with Power Five college football teams. However, no win is guaranteed anymore for South Carolina given the remaining schedule, especially after a tough loss to the Tennessee Volunteers.

The Mountaineers are also coming off a loss to unranked Georgia Southern Oct. 31 at home. Playing on Thursday means the Mountaineers receive two more days of rest than what South Carolina will have.

Although the Mountaineers are in the Sun Belt Conference and will have to play up to the unfamiliar SEC competition, they are still a strong team with consistent players. Luckily, the Gamecocks will have the home team advantage for this matchup.

These two teams rarely face the same opponents, but this season, both the Gamecocks and the Mountaineers took on the North Carolina Tar Heels.

While South Carolina fell 24-20 to the Tar Heels in the season opener in Charlotte, Appalachian State was able to secure a 34-31 win on the road against UNC.

The Mountaineers faced North Carolina Sept. 21, where they managed to block a Tar Heel field goal attempt to win the game.

South Carolina head coach Will Muschamp will be taking on a first-year head coach in Appalachian State's Eliah Drinkwitz. Drinkwitz formerly worked as the offensive coordinator and quarterbacks coach at NC State and has proven to be successful with the Mountaineers this season.

His offense will be a challenge for the Gamecocks Saturday.

The Gamecock defense will need to be on high alert as they take on junior quarterback Zac Thomas and the Mountaineer offense, especially given the secondary struggles the Gamecocks encountered in Knoxville.

Thomas has a 62.6 completion percentage for 1,566 yards and 14 touchdowns. He was named the Sun Belt offensive player of the year in 2018. The Mountaineers' star running back is junior Darrynton Evans, who already has 142 rushing attempts for 798 yards and 10 touchdowns on the season.

Meanwhile, junior place kicker Chandler Staton has made each of 41 extra point attempts this season. He has a 70.0 field goal percentage this season.

The Gamecocks should be able to pull out a win on Saturday because the team should have an advantage due to differences in competition in the SEC and Sun Belt Conferences.

South Carolina and Appalachian State will kickoff at 7 p.m. Saturday and the game can be viewed on ESPN2.