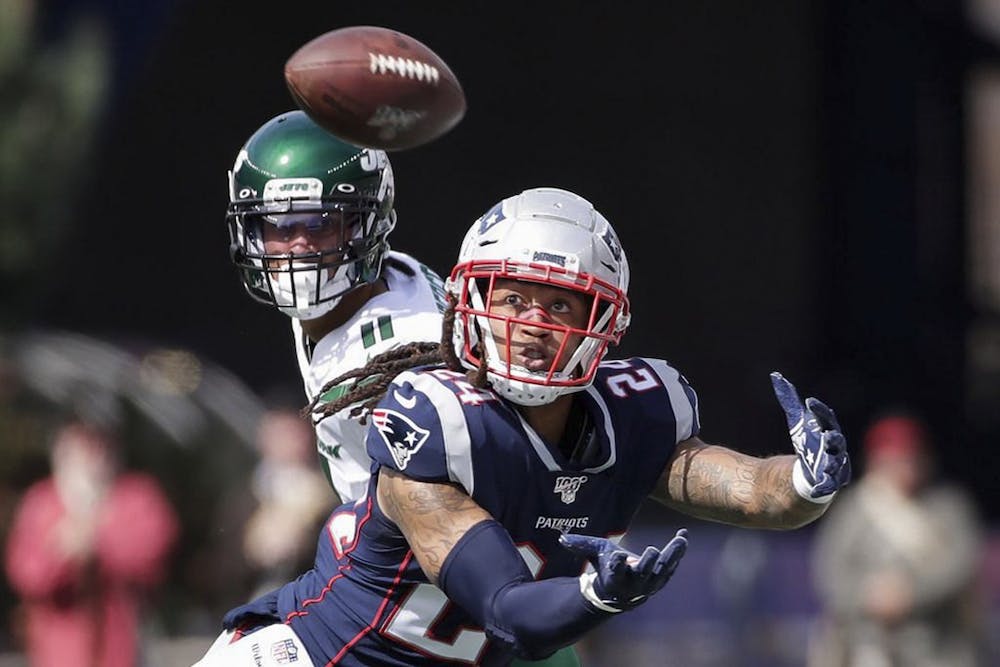 Throughout this season, one Gamecock has been nearly perfect and is even in the MVP race. Stephon Gilmore has been a star and is the new face of Gamecock football in the NFL. Gilmore joined the New England Patriots in 2017 via trade from the Buffalo Bills. Since his acquisition, he has been a staple in the Patriots' defense this season.

The Patriots defense, to this day, is the best defense in the league, and possibly one of the best in history, according to SportingNews. The Patriots through week seven have allowed 48 points in the season, creating the possibility of New England breaking a record this season: The record for fewest amount of points allowed is 165 by Baltimore in 2000.

The Patriots, led by Gilmore, have the most interceptions so far throughout the season and are completely dominating teams week in and week out.

Gilmore has been phenomenal this season. According to NBC Sports, he has only allowed 18 receptions in the last 34 attempts, and he has allowed no touchdowns.

According to PlayerProfiler, a website that keeps advanced NFL statistics, Gilmore is ranked third in coverage rating among all cornerbacks in the league, sixth in catch-rate allowed and first in passer-rating allowed.

Gilmore has nine break-ups this season, ranking fourth in the league in that statistic. Gilmore has also allowed zero touchdowns all season, on top of the five interceptions he has recorded on the season.

Statistics aside, analysts are taking note of his dominance and recognizing him as a MVP candidate. According to analysts at NFL.com, Gilmore has an overwhelming majority of votes to win defensive player of the year. Myles Garrett of the Browns has the second most votes with four, compared to Gilmore’s 11.

Gilmore's dominance on defense has been noticed across the league by opponents, offensive coordinators, GMs and analysts alike. This raises the question: Can Gilmore make a case to win the NFL MVP award?

Two defensive players have won the MVP award: Alan Page in 1971 and Lawrence Taylor in 1986. Alan Page was a defensive tackle for the Minnesota Vikings and has obtained some quite-impressive accolades, including six first team all-pro selections, nine straight pro-bowls and 148.5 sacks.

In Lawrence Taylor’s MVP season, he recorded 20.5 sacks, a new team record, and has been ranked the 11th best MVP out of all winners. Lawrence was so dominant at the linebacker position, he stands out among the greatest MVP’s the NFL has seen.

Does Gilmore stand out like Page and Taylor? After eight weeks of dominant football on the defensive side, I would have to argue he should be at least in the race for the award. His statistics push him well above the next best defensive player.

As the season continues, Gilmore will have a challenging five weeks, as New England plays five playoff contenders. Gilmore will continue to represent the University of South Carolina positively and hopefully bring an MVP award to his trophy cabinet by the end of the NFL season.