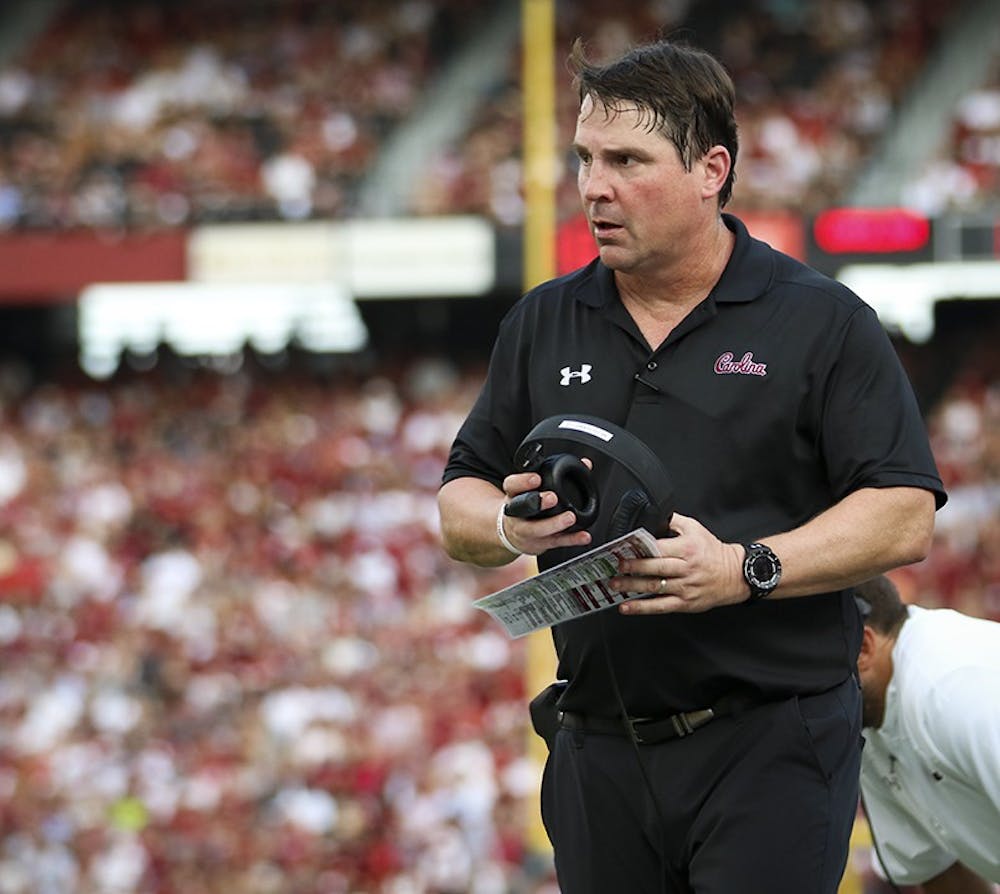 Column: How the Gamecocks can use the bye week to keep the Clemson game competitive

After a 30-6 loss to the Texas A&M Aggies in College Station, the South Carolina football team will have to complete passes, prepare for a competitive Clemson offense and continue consistency on special teams ahead of the Nov. 30 matchup against the Tigers.

All in all, the Gamecocks have suffered some bad losses this year. We all know what happened Knoxville and in the team’s most recent home game against Appalachian State.

Even considering the results of previous games, it would be remiss of the Gamecocks to go into the bye week with any preconceived notions ahead of their final game of the season.

After all, they handed the Georgia Bulldogs, who very well could find their way into the College Football Playoff, their only loss.

1. Get all drops out of the way in practice

Dropped passes have doomed the Gamecocks at times this year, and this is especially the case for the game against Appalachian State. Drops kill drives and prevent shifts in momentum, but they can also lead to turnovers.

The Gamecocks will need to be on their game and execute in all aspects following the bye week, but dropped passes will not fly against Clemson.

The South Carolina playmakers are going to need to have their way against the Clemson defense if South Carolina is going to win following the bye week. Senior wide receiver Bryan Edwards leads the SEC in receptions, but is questionable to play and freshman quarterback Ryan Hilinski ranks second in the SEC in completions.

If Smith, Edwards and the rest of the skill players on offense can consistently connect with Hilinski this year, the Gamecocks will cause problems for the Tigers defense.

Getting off the injury report and back onto the practice field is probably the most important thing right now, especially on the offensive side.

They are going to be without receiving targets Nick Muse (torn ACL) and Josh Vann (broken hand), who have both been ruled out for the rest of the season, but the offense could benefit from the impending returns of OrTre Smith and A.J. Turner.

This probably goes without saying, but the dynamic Clemson offense features multiple weapons for quarterback Trevor Lawrence’s choosing on any given play.

Considering Clemson's strong receiving corps and pass-catching ability of running back Travis Etienne, this all starts with getting to Trevor Lawrence as early and often as possible.

Jaycee Horn, Israel Mukuamu and the rest of the Gamecocks defensive backs could be in for a long game if their teammates upfront do not consistently win one-on-ones against Clemson's pass protectors.

If the Gamecocks are going to end the season on a strong foot, it very well may be Parker White’s. The junior placekicker has not missed a field goal since his team’s upset win over then-No. 3 Georgia.

The Gamecocks are going to need all the points they can get against a formidable Clemson defense, so they will need White to put the ball through the uprights whenever he has the chance.