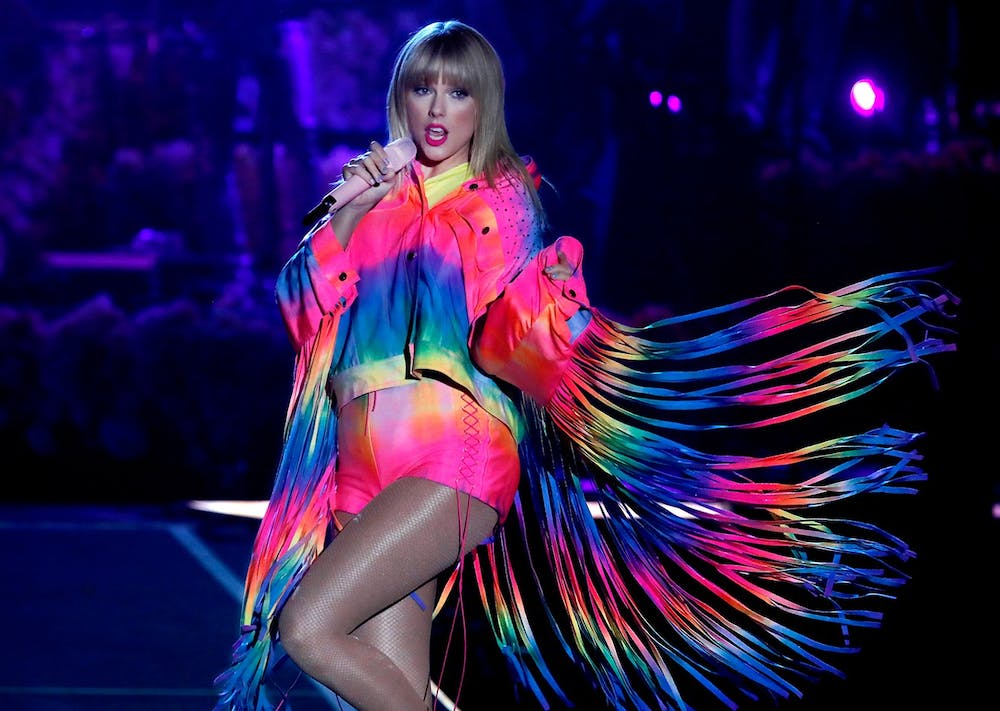 Once again, Taylor Swift was forced to fight for the rights to her work, highlighting the underlying sexism within the music industry and its dark history of exploitation.

Many artists have difficultly owning their masters (even Prince and The Beatles contended with this issue) but the overt discrimination and manipulation of female artists in this industry remains a prevalent issue and is not given enough attention.

On Nov. 14, Swift tweeted for help from her fans, claiming Big Machine Records heads Scooter Braun and Scott Borchetta refused to let her use her old music for her Artist of the Decade award performance at the American Music Awards or during her upcoming Netflix biographical documentary.

Swift said Borchetta gave her an ultimatum: She could perform the tracks she wanted if she agreed to not re-record her previous songs or talk badly about the label.

This isn’t Swift’s first battle over her songs; last year, the singer left Big Machine Records to sign with Universal Music Group in order to own her masters. Swift ignited outrage on the internet after expressing her betrayal in a Tumblr post over Big Machine selling the rights to her songs to Ithaca Holdings, a company owned by Braun, without giving Swift the chance to buy back her recordings.

In a statement to Entertainment Tonight, Big Machine Group said they reached an agreement for Swift to sing her old material at the AMAs. Swift ultimately won, but it wasn’t without struggle.

The manipulation of female artists is outlined in each decade. Stars such as Tina Turner, Kesha and JoJo have all faced it at the hands of labels, managers and other industry personnel.

Rhythm and blues singer Tina Turner divorced her musical partner Ike Turner in 1978 after years of suffering emotional and physical abuse at his hands. The infamous divorce settlement left her with only her stage name and two cars. She essentially had to restart her entire career, leading to an immense challenge for her to get back on her feet following the separation.

In 2014, Kesha went to court to sever ties with Sony Music and producer Lukasz Gottwald, who she said in a lawsuit “sexually, physically, verbally, and emotionally abused” her to a life-threatening level. Even so, the court ruled she was not permitted to break her contract.

How is it that our justice system ruled the terms of a contract should take precedence over mental and physical well-being? In both situations, women were severely abused, but legally a contract was deemed more important than their safety and health.

Young girls are the most vulnerable and face the greatest amount of harm by this misuse.

JoJo, who came to fame in the early 2000s, was signed at age12, and since then spent seven years fighting for release from Blackground Records. For years under the label, JoJo attempted to deliver her finished third album, but the company persistently lost its distributions. The pop soloist took Blackground to court, but was not granted the authority to breach her contract; she was legally bound to put out seven albums under them. JoJo’s career was put on hold for almost a decade because Blackground couldn’t release her music, not following through with its most important job.

Perhaps the biggest issue lies in the numbers. Women are simply underrepresented in the music industry, from musicians to songwriters to producers.

Billboard reported a 2017 research study conducted by Annenberg Inclusion Initiative, which found 83.2% of artists in the industry were men and 16.8% were women. Of the 2,000 plus credited songwriters researched in the timeframe, less than 20% were female, but only “nine male songwriters were responsible for one-fifth of the songs.” More frightening, out of 651 producers, less than 5% were female.

If these statistics or the public nature of Swift’s battle teach us anything, it’s that we need change.

Sexism has long held a place in music — that won’t just improve over night — but if we don’t increase our awareness of what is actually happening behind the production and twinkling lights, the artists we look up to, whose talent we consume, will continue to suffer.