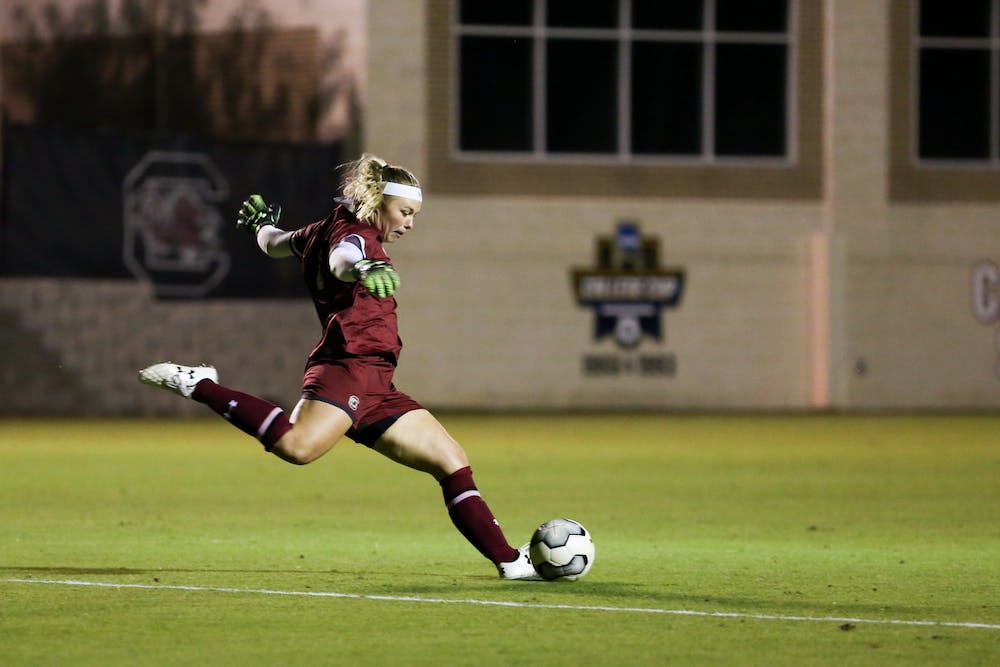 This was the program's first SEC championship since 2009 and the team's first appearance in the finals since 2010.

Junior forward Ryan Gareis scored the only goal of the game in the 26th minute, assisted by Sutton Jones. Despite Arkansas outshooting the Gamecocks 10-6, senior goalkeeper Mikayla Krzeczowski had three key saves to shutout the Razorbacks.

South Carolina will now await its selection for the NCAA Tournament. The selection show will be streamed on NCAA.com Monday at 4:30 p.m.

Fans are encouraged to attend the selection show watch party with the team on the front lawn of the Soccer Ops Building beginning at 3:45 p.m. Monday. Free pizza will be provided for the first 50 fans.

This story will be updated with quotes as they become available.