What to know when Gamecocks take on Texas A&M 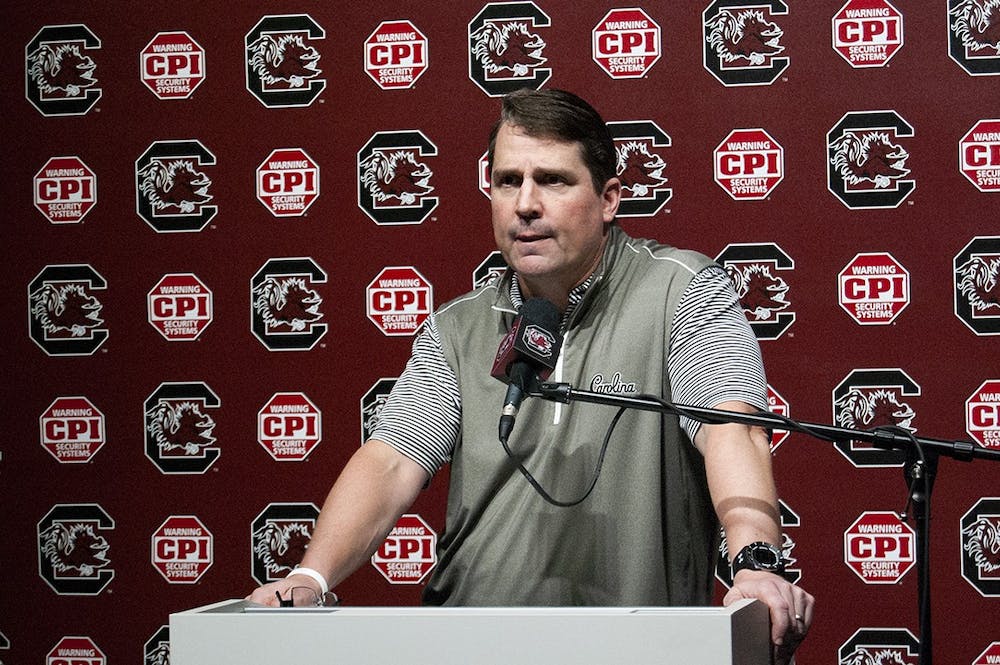 In the midst of fan backlash and swirling rumors following last week’s loss against Appalachian State, this weekend’s game against Texas A&M could be crucial in deciding the future of the football program. Here’s what’s important for the upcoming contest:

The Aggies are 3-2 against SEC opponents and 6-3 overall on the season. A&M owns a 5-0 record against South Carolina since the teams first met in 2014.

A win at College Station would bring the Gamecocks to a 4-4 record to end this season’s in-conference play and bring the overall record up to 5-6.

The Aggies have a strong talent in junior quarterback Kellen Mond, who is one of four Power 5 players with over 6,000 career passing yards and 1,000 career rushing yards. On the passing side, Mond is currently third in the SEC with 2,214 yards this season and fourth in touchdowns with 17. In rushing, he is second in the SEC with six touchdowns and third with 353 yards.

South Carolina’s consistent struggles came to a head last weekend when the Gamecocks fell 15-20 to App State. In the aftermath, speculation and outside opinion about the future of the coaching staff hit a new high.

Many fans on Twitter called for head coach Will Muschamp and offensive coordinator Bryan McClendon to be fired. Some publications have also added to the speculation: USA Today ranked South Carolina No. 1 on its weekly Misery Index, and The State reported on whether or not the university could afford to buy out Muschamp’s contract, even asking if South Carolina lawmakers would help with the payment.

At Tuesday’s press conference, Muschamp said that any reports of pressure by administration to make staff changes are “absolutely false” and that he will “evaluate the staff when the year’s over, just like always.”

Muschamp also defended his current coaching staff in the face of the backlash from fans and said they “look forward to a long tenure here at South Carolina."

“I think over a three-year period of time, this staff’s won more games than any staff has in school history, so we actually have done a couple of good things around here,” Muschamp said. “We’ve had a very inconsistent year, and I’ll continue to evaluate that and make the decisions we need to make moving forward.”

Despite recent offensive struggles, Muschamp said he is not currently considering any changes to offensive line personnel.

“Obviously, we weren’t as effective as we needed to be Saturday night and we certainly are more than capable of playing better,” Muschamp said.

After smashing multiple school records this past weekend and climbing ranking charts within the SEC and nationally throughout the season, senior wide receiver Bryan Edwards has been a force for the Gamecocks’ offense.

Despite this, injuries to wide receivers across the board have caused the offensive line to struggle. Sophomore OrTre Smith and senior Chavis Dawkins have both been hindered by leg injuries, and sophomore Josh Vann is out for the rest of the season with a broken hand.

Muschamp said he would like senior quarterback Jake Bentley to return next season and the decision will be discussed in December following the end of the season. After sustaining a foot injury in the first game against North Carolina that sidelined him for the rest of the year, Bentley is eligible to redshirt and return for the 2020 season.

South Carolina and Texas A&M kick off at 7:30 p.m. at Kyle Field in College Station, Texas. The game will be aired on SEC Network.