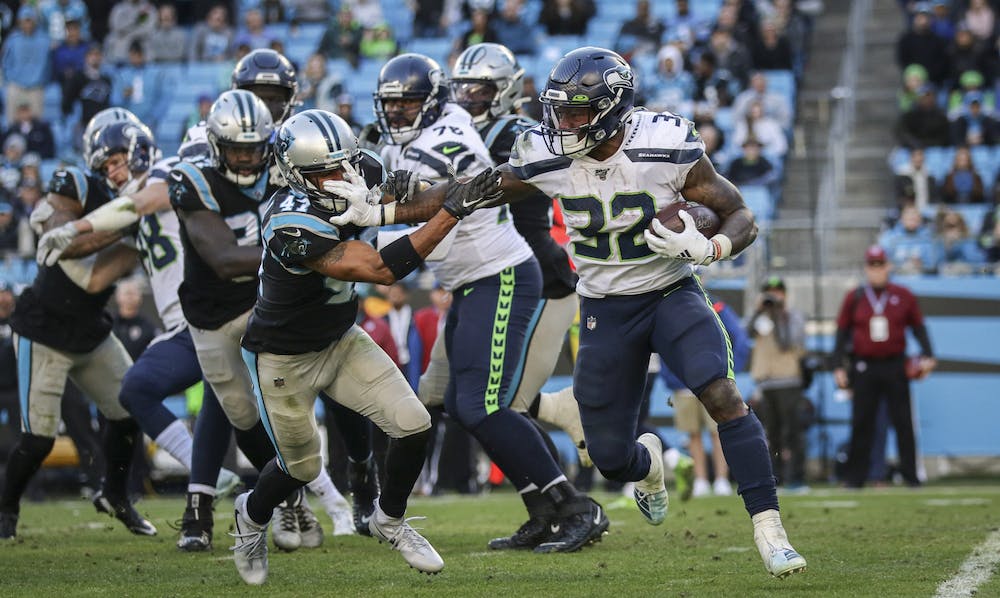 With arguably one of the hardest hits in college football history, defensive end Jadeveon Clowney has established himself as a high-level pass rusher in the NFL.

He racked up 129 tackles and 24 sacks throughout his time as a Gamecock. He had an especially productive sophomore campaign in which he accrued 13 sacks and 54 tackles, 23.5 of which were for a loss.

Following his junior season at South Carolina, Clowney was taken first overall in the 2014 NFL draft by the Houston Texans and played five seasons for that organization. He was then traded to the Seattle Seahawks for linebackers Barkevious Mingo and Jacob Martin, as well as a 2020 third round pick, before the start of the 2019 season.

In his first season with the Seahawks, Clowney has established himself as a key part of their  defense. The three time pro-bowler has 30 tackles and three sacks through the first 13 games of the season.

He has also accounted for two defensive touchdowns, including his first career pick six.

Fellow Seahawk and defensive end Quinton Jefferson described him as a player who "makes a lot of splash plays."

Clowney missed his first game of the season against the Panthers, as he was ruled out of the contest due to an ongoing core muscle injury and an illness. Fellow defensive end L.J. Collier received the start in his absence. Rasheem Green and Quinton Jefferson also received more playing time due to Clowney's absence.

On Jan. 15, the Seahawks defeated the Carolina Panthers 30-24.They struggled to contain Panther's all-purpose workhorse Christian McCaffrey who rushed for 87 yards and two touchdowns on 19 carries. He was also able to pick up 88 receiving yards on 10 receptions.

Clowney may return to the field for the Dec. 22 matchup against the Arizona Cardinals.

Seahawks cornerback Shaquill Griffin knows how important Clowney is to their defense, saying he brings "a whole new level" through his pass rushing ability. He also stressed that they need him "fully healthy."Seattle Defensive tackle Al Woods echoed this sentiment saying "we all know what he brings to the table."

If Clowney were to face any setbacks, the Seahawks may keep him sidelined one more game to in make sure they have their star end healthy for their clash with the San Francisco 49ers.

This game could decide the NFC West race and the Seahawks definitely want Clowney on the field for the contest.

"We got five games left, including the Super Bowl," he said. "That's our mindset."