Bentley to enter transfer portal, will not return for 2020 season 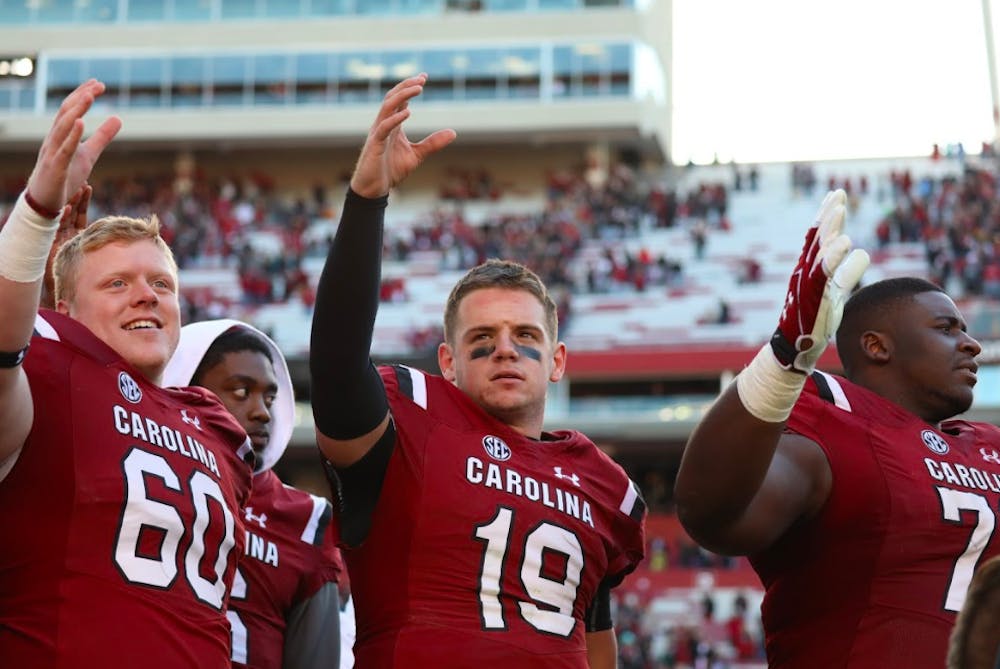 South Carolina quarterback Jake Bentley announced on Twitter Monday that he will enter the NCAA transfer portal and will not return to the Gamecocks for the 2020 season.

This comes after Bentley missed 11 out of 12 of South Carolina's games this season due to a season-ending injury to his foot that he suffered against North Carolina on Aug. 31.

"The past 3 1/2 years have been incredible," Bentley said on Twitter. "I have met lifelong friends and made memories that I will never forget. However at this time, I believe that it is in my best interest to graduate on December 16th and transfer to play my final year of eligibility."

Bentley finishes his career as a Gamecock with 7,527 yards passing on 626 completions, 55 touchdowns, 32 interceptions and a quarterback rate of 137.3.

It is unknown where Bentley will transfer for the 2020 season, but he thanked South Carolina for his time with the Gamecocks.

This article will be updated as more information becomes available.