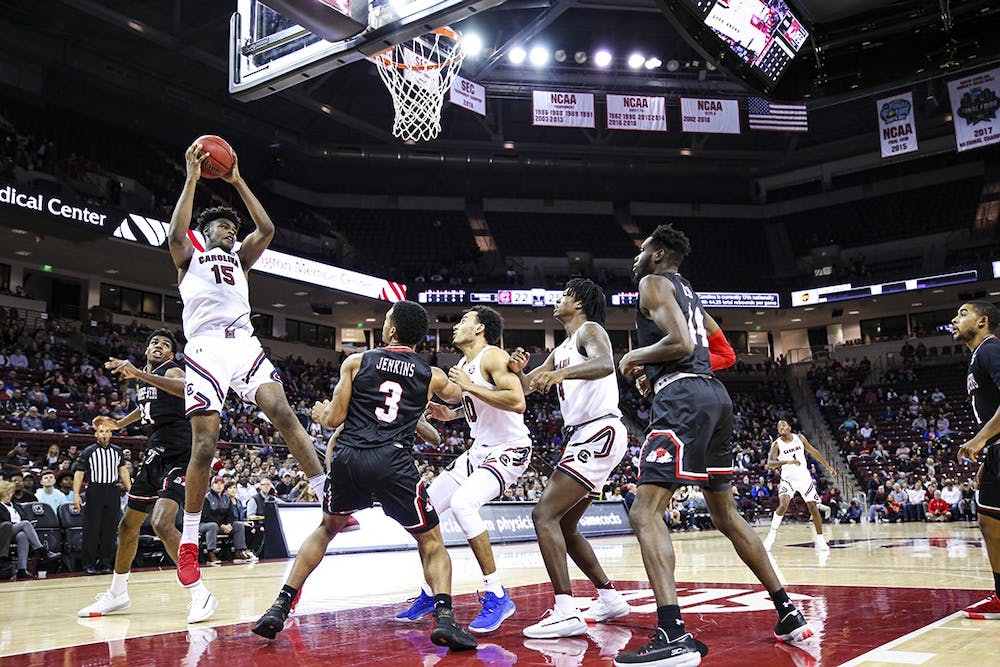 Over the last couple of years, the South Carolina men’s and women’s basketball programs have played in some of the biggest games in college basketball. The same can be said about the 2019-20 season as they will be playing against some of the best teams in the country. Here are the top five games to watch as the season progresses.

These top-10 teams will face off in the final game of the regular season at Colonial Life Arena. This matchup could very well determine who will finish as the top seed heading into the SEC Tournament. Since joining the SEC in 2012, the Aggies are 3-6 against South Carolina and will be looking for their first win since Jan. 16, 2014.

Since head coach John Calipari was hired by Kentucky in 2009, he has focused all of his efforts on building a winning program each year. This season, that trend will continue as the Wildcats will be searching for its first national championship since 2012. However, South Carolina will have an opportunity to make a massive statement if it can pull a victory against the top team in the SEC.

In recent years, South Carolina and Mississippi State have been two of the most dominant teams in the SEC. In 2017, they faced off in the national championship of the NCAA Division I Women’s Basketball Tournament. The Gamecocks defeated the Bulldogs by a score of 67-55 to win their first national championship in school history. This should be an intriguing matchup to watch as both teams are listed as two of the top-10 scoring offenses in the country.

The Gamecocks will travel to John Paul Jones Arena where they will face the defending national champions. Last season, No. 5 Virginia came to Columbia and defeated South Carolina 69-52. That said, the team will be looking to avenge the defeat and shock the college basketball world on national television. It will take a great performance from the Gamecocks to upend the top scoring defensive team in the country.

It is no secret that the UConn Huskies have been the most successful women’s basketball program since it won its first championship in 1995. Last season, South Carolina fell to the Huskies on the road 97-79. The Gamecocks will look to break through and beat the Huskies in February, as the series between UConn and South Carolina continues. The teams could also meet again in the NCAA Tournament.