What fans can expect from Gamecock tennis teams in spring 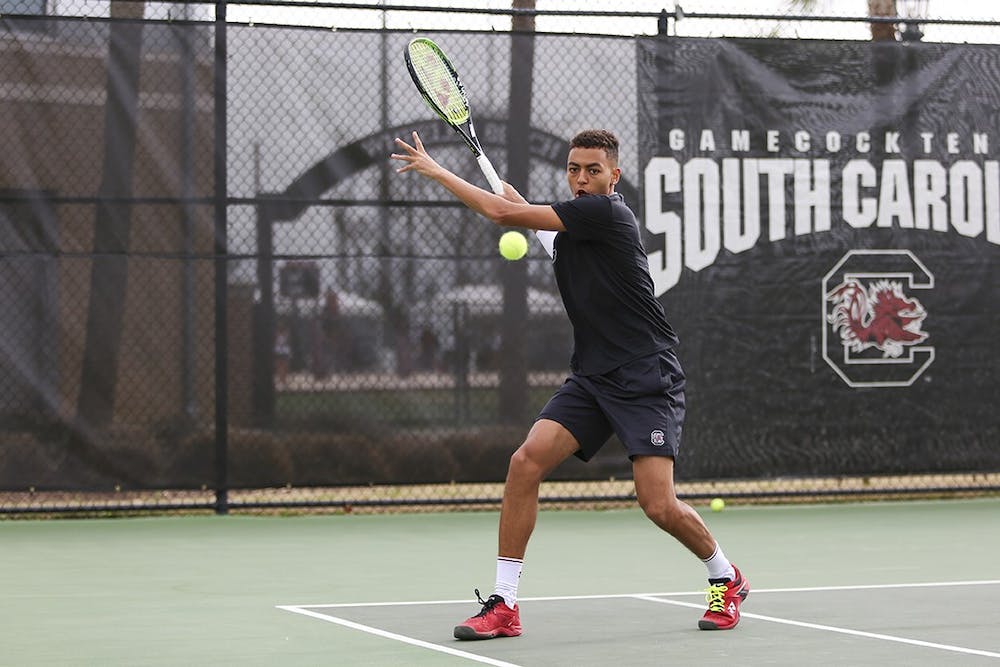 At the end of the 2019 spring season, the Gamecock men's tennis team advanced to the second round of the NCAA tournament before falling to the Virginia Cavaliers.

Jubb, who will be returning from England to play for the Gamecocks as a senior, also played in the 2019 Wimbledon Championships after being awarded a wild card spot.

This fall, freshman Connor Thomson, ranked at No. 106 in singles after a 13-4 record last fall, will join the Gamecocks.

Currently, there are four other ranked South Carolina players, and Jubb will presumably be in the spring rankings as the defending national champion.

"We're still a young squad," Goffi said. "Having five or six ranked guys has a double-edged sword. The expectations for your team go up."

Other singles players in the ITA's final fall rankings include sophomores Daniel Rodrigues and Raphael Lambling at No. 21 and No. 39, respectively.

In doubles, Beau Pelletier and Thomas Brown made the list at No. 56, and Lambling and Rodrigues came in at No. 39.

"There's a lot of growth personally for each guy as far as, you know, making the necessary changes where the normal mental pitfalls come in their matches," Goffi said.

Goffi said he believes the team is mentally prepared for a strong spring season, and the Gamecocks look to make it even further in the 2020 NCAA tournament.

Last season, the South Carolina women's tennis team was crowned SEC champion. They also made it to the quarterfinals of the NCAA tournament before falling to Duke. The team will look to go even further this year and fight for a national championship title.

Five freshmen joined the lady Gamecocks this fall and now comprise the majority of the team while the remaining four veterans include seniors Mia Horvit and Silvia Chinellato and juniors Megan Davies and Kennedy Wicker.

"We have a very, sort of intrinsically motivated team," head coach Kevin Epley said. "They don't require a lot from the coaching staff or from each other to get out and take care of business on court."

Four Gamecock women's tennis players have proven that in the rankings this fall.

Horvit moved up 22 spots since the preseason rankings, jumping from No. 49 to 27.

Davies rose nearly 100 spots, going from No. 125 to No. 28, and advanced to the singles semifinals of the ITA Regionals this October before falling to a No. 5-ranked opponent.

Chinellato and Shelton performed well during the fall season in doubles, coming in at No. 18 in the final fall rankings, and the duo earned a 7-3 record in fall tournaments.

"Overall, we are happy with how we performed," Epley said. "Some players had big breakthroughs and others continued to improve. Still, we have a lot to work on to be prepared for the spring season so we are looking forward to getting back to practice."