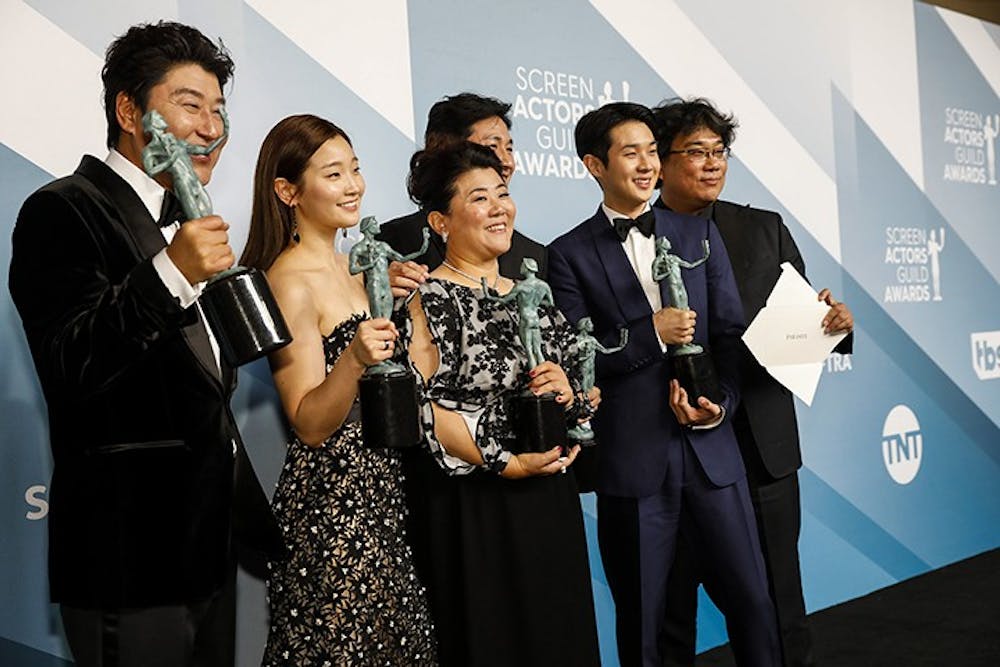 In the past, foreign films have completely evaded mainstream culture and appreciation. This year, however, the film "Parasite" has received immense critical acclaim. The first-ever foreign film to win a Screen Actors Guild award, it has clearly reached a broader audience.

"Once you overcome the 1-inch-tall barrier of subtitles, you will be introduced to so many more amazing films," Bong Joon-Ho, the director of "Parasite," said when he accepted the award for his film.

For most, the thought of watching a film that is not only in a foreign language but also comprised of almost entirely foreign composition is understandably daunting. However, if approached with an open mind, this confusion will turn into appreciation for Joon-Ho’s story. An attitude of enthusiasm and attentiveness will succeed in both evoking emotions and telling an important story of humanity, class, love and wealth.

It is not a classic story of action or adventure, but it is an artistic piece that comments on human struggle through its characters. Joon-Ho’s subtle and direct choices for the settings, the haunting imagery and the compelling and relatable dialogue are all so captivating.

The complex characters that are simultaneously deceptive thieves and lovable humans suffer the injustices of everyday people. The story reveals aspects of humanity like disgust, annoyance, pity and love through these characters.

All the components of this film, even in their total estrangement, are still accessibly human because of how interesting the development of the story is. Similar to movies like "Snowpiercer" or "Okja," this film remains colorful and complex while also portraying simple themes of humanity and simultaneously a story of the darker sides of the world. The camera angles, the subtleties in dialogue, the coloring of the shots, the symmetry and geometry of the scenery create something of an intensely human thriller full of gritty components and beautiful coloring.

Once the viewer accepts the South Korean influence and begins to identify with the story, it becomes a beautiful human tale of deep, thematic traits and is representative of the common struggles of peoples in all areas of the world. The experience is more than worthy to view this uniquely painted essay on humanity shown through dirty characters and a colorfully bloody film.