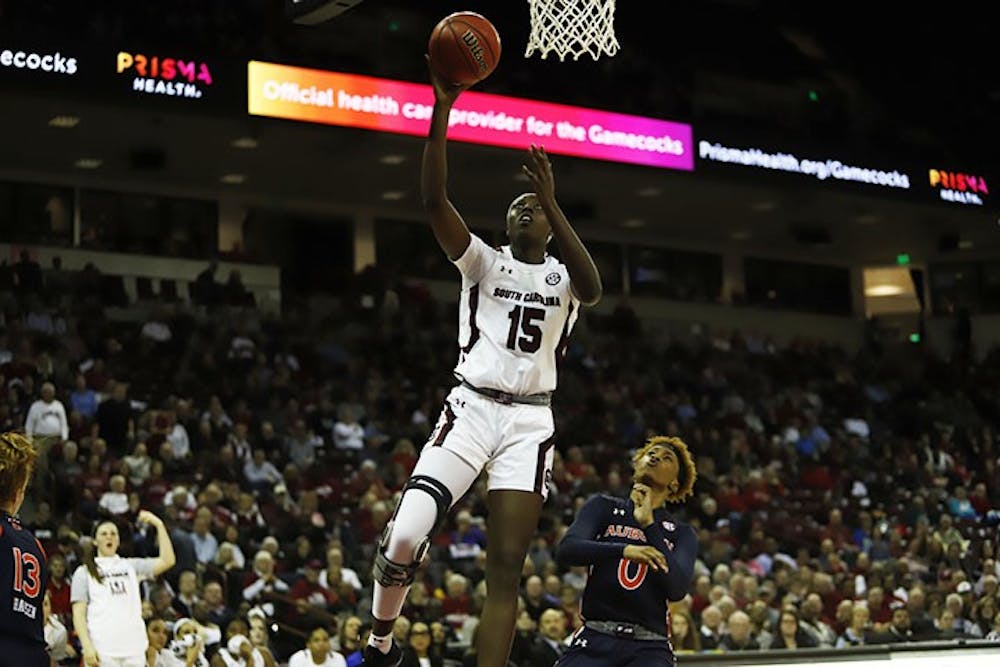 South Carolina women’s basketball defeated Auburn 79-53 to remain undefeated in conference play on Thursday night. The Gamecocks also move to 12-0 at home and extend their win streak to 18 straight games.

Freshman guard Zia Cooke led the way with 13 points and finished 4/4 from three-point range, freshman forward Aliyah Boston added 13 and senior guard Tyasha Harris had 12 points and five assists. South Carolina opened up the game on a 15-4 run while shooting 5/5 from behind the three-point arc.

Robyn Benton finished with 15 points for Auburn, and Unique Thompson, the only other Auburn player with double figures, had 12 points and eight rebounds for the Tigers. However, Auburn never led in the game and was overwhelmed from the beginning by South Carolina’s three-point barrage.

The Gamecocks held advantages in field goal percentage, 49.2% to 33.8%, and assists, 18 to 12, which both speak to their high level of offensive execution. South Carolina also continued their streak of lockdown defense with advantages in steals, nine to six, blocks, eight to three, and rebounds, 39 to 34.

“I liked the fact that we shot and we're really consistent outside the arc,” Coach Dawn Staley said after the win, referencing the team’s efficiency from three-point range. In the early part of the game and throughout all 40 minutes, her team continued to put up shots and knock them down with consistency.

South Carolina, 24-1, 11-0 SEC, will face Vanderbilt at home in Colonial Life Arena on Monday, Feb. 17. They will look to extend multiple win streaks and further strengthen their grip on the SEC regular-season title.