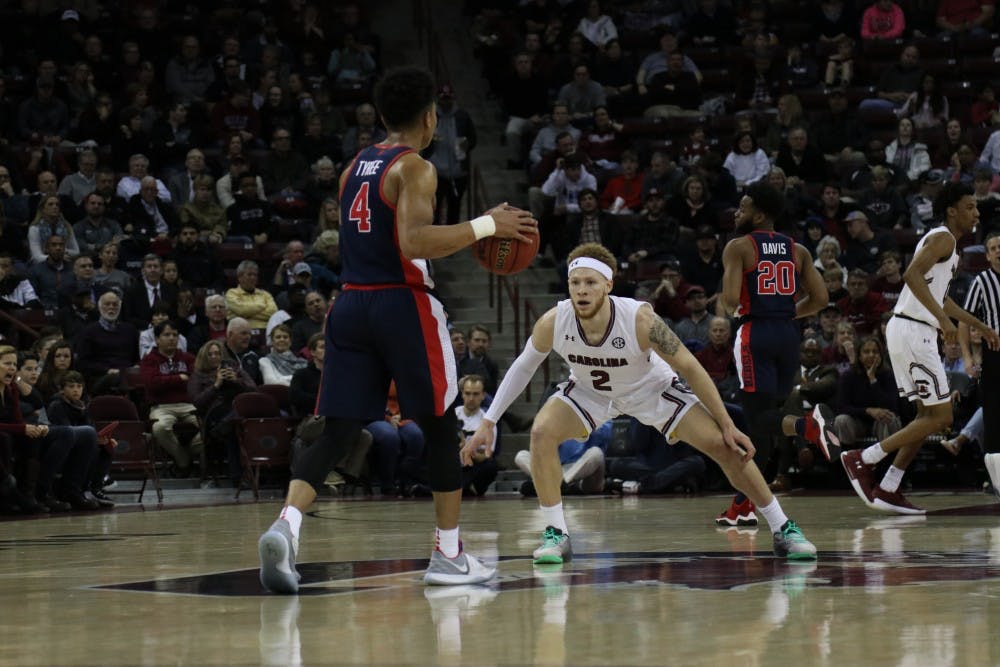 In the first five minutes of the game, Georgia turned the basketball over on five occasions. At one point in the first half, the Bulldogs made one shot on 17 attempts.

For the Gamecocks, A.J. Lawson led with 11 points on 4-6 shooting and one rebound. In the paint, Maik Kotsar and Alanzo Frink combined for seven rebounds and two blocked shots in the first half.

Bulldog potential NBA lottery draft pick Anthony Edwards had six points and 1-7 shooting. In addition, he went 0-5 from 3-point range. The Bulldogs did not make a single 3-point shot in the first half, missing all nine attempts.

After taking advantage of multiple missed shots and turnovers, South Carolina led at the break by a score of 38-20.

Georgia knocked a 3-point shot midway through the second half. Overall, the Bulldogs shot 34.6% from the field and 12.5% from the 3-point range.

On Saturday night, the Tennessee Volunteers (14-10) will visit Colonial Life Arena to play the Gamecocks. The game can be viewed on the SEC Network, and kickoff is at 6 p.m.

Player of the game