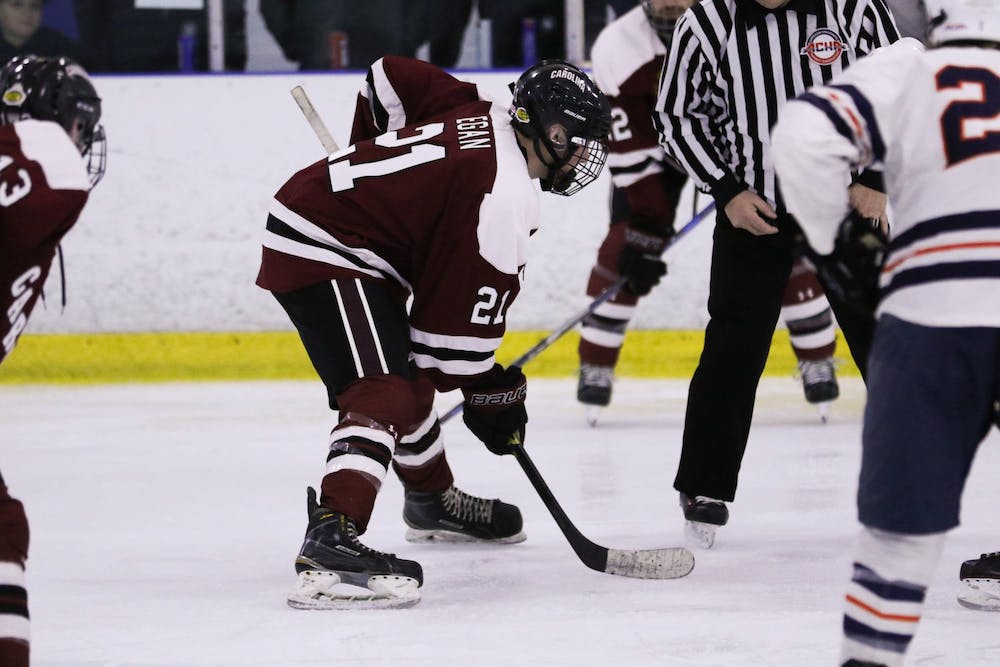 The South Carolina club hockey team (16-1-1, 12-1 conference) picked up another win in South Eastern Collegiate Hockey Conference (SECHC) play with a 5-1 victory over the Auburn Tigers (14-4-2, 13-3 conference) Friday night at the Plex in Irmo.

Neither team got the puck past the opposing goaltender in the first nine minutes of the game.

However, with under 11 minutes left in the period, the Gamecocks scored two goals in 12 seconds from freshman defender Parker Wess and freshman forward Michael Bolger.

Neither team scored in the second period, leaving the Gamecock lead at 3-0.

The Tigers' senior forward Chandler Brown scored in the first 90 seconds of the third period.

The Gamecocks responded four minutes later with a goal from sophomore defender Tyler Oakley to keep the 3-point lead.

The Gamecocks diversified their goalscoring, as all five of their goals came from different Gamecocks.

This is the fourth game this season South Carolina allowed one or fewer goals. The previous occurrence was Nov. 16, 2019 against Wake Forest.

The Gamecocks will now focus their attention on Charlotte, as they play the 49ers Feb. 1 at the Extreme Ice Center in Indian Trail, North Carolina. Puck drop is set for 10 p.m.