Column: What could have been for Dawn Staley, Gamecocks 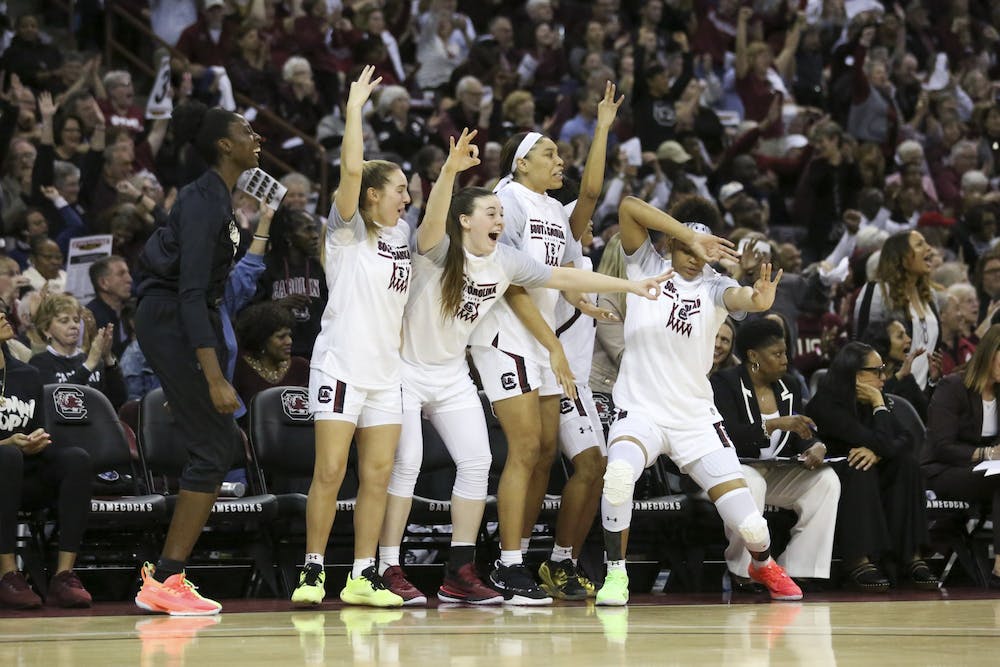 Due to the widespread effects of coronavirus and the cancellation of the NCAA women’s basketball tournament this year, the Gamecocks' season was cut short. Many were left thinking about what could have been for Gamecock women's basketball head coach Dawn Staley and her unstoppable squad this season.

After finishing off the regular season with a 26-game winning streak, the Gamecocks effectively ran the table in SEC play and dominated the SEC tournament. With this kind of resume, the chance of showing out on the big stage and bringing home the hardware in the NCAA tournament seemed unequivocal.

Dawn Staley was happy with her team after winning the SEC tournament and broke down the key pieces involved in this team's success in a postgame interview.

“I mean, this team came in pretty special. When you know you have all the key ingredients, you have your leadership from Ty, from Kiki, and Lele [Grissett]. And then you have the young ones, our sophomore class, our freshmen class. If they didn’t embrace their roles, and if they weren’t good followers, this could not be. But every single person embraced their roles, and look at us. I mean look at this team. This team is pretty special," Staley said.

“I mean this team has been, had great chemistry from the very beginning. They accept their roles, they play to the best of their ability and because of that, they shine,” Staley said in a postgame interview after defeating Georgia in the SEC tournament.

The seniors were not alone, though. A huge bonus for this team's success were the contributions made by the sophomore and freshmen class. Sophomore guard Destanni Henderson and sophomore forward Victaria Saxton came off the bench and put points on the board. Henderson averaged 8.5 points, 2.9 rebounds and 2.8 assists per game. Saxton averaged 5.4 points, 3.9 rebounds and 1.3 blocks per game.

“This is a basketball utopia for me,” Staley said.

Dominant performances by freshman forward Aliyah Boston and freshmen guards Zia Cooke and Brea Beal were essential to the team's success. The three averaged a combined 30.6 points and 17.7 rebounds per game. Boston especially stood out with her strong defensive performances, averaging 2.6 blocks per game. These freshmen give the Gamecock community lots of hope for the seasons to come.

It’s a shame that we won’t get to see the exciting and historic ending that we all hoped for. With these numbers and the team's chemistry, it’s safe to assume that they would have had a strong run in the tournament. It wouldn't be unreasonable to deem the Gamecocks national champions of the 2019-2020 season. But, they call it March Madness for a reason.

As the seniors move on, coach Staley and the rest of her team will have some unfinished business moving into next season.