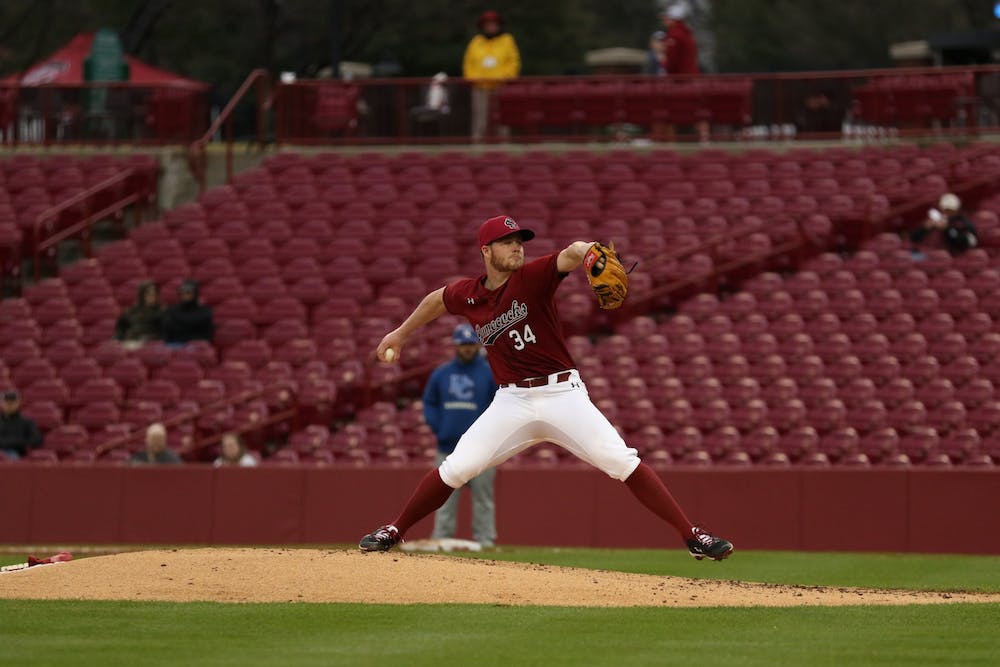 Junior left-handed pitcher Matt Lazzaro started on the mound for the Paladins Tuesday night. He struck out two of the three first batters. Junior right-handed pitcher Parker Coyne got the start for the Gamecocks, allowing zero runs in the first.

The top of the second saw two Gamecocks get on bases from walks, but they were left on base as they couldn’t capitalize on the baserunners. Furman got on the board in the bottom of the second after a first-pitch home run. Neither team had any hits in the third.

The Gamecocks got their first hit in the fourth, a single from sophomore outfielder Brady Allen. However, the Gamecocks put up zero runs despite getting their first hit. After a leadoff single, a walk and a stolen base, runners were on first and third with no outs. Allen made a play in centerfield, running in on a fly ball and throwing the runner out at home to make the double play.

The Gamecocks scored their first point in the top of the fifth. Freshman catcher Colin Burgess doubled to center, just a few feet short of hitting a home run. Burgess was brought home by a two-out triple from Gamecock junior infielder/outfielder Jeff Heinrich.

In the top of the ninth, Burgess hit his second double of the night, once again just feet away from a home run. After a sacrifice fly, Burgess advanced to third but was left stranded. Despite an error, the Paladins left a runner at third to end the ninth.

The start of extra innings lacked any scoring, and the game stayed tied after ten innings. Gamecock sophomore catcher Wes Clarke broke the tie in the top of the twelfth with a two-run homer. Junior right-handed pitcher T.J. Shook entered the game in the bottom of the twelfth for the Gamecocks, and the Paladins went out with three up to the plate and all three down.

After the win in Greenville, the Gamecocks now have a record of 8-4. They have a quick turnaround and will be back at Founders Park against Boston College on Wednesday. First pitch will be at 7 p.m.