Social-distanced summer guide: How to kill boredom, stay safe in the age of COVID 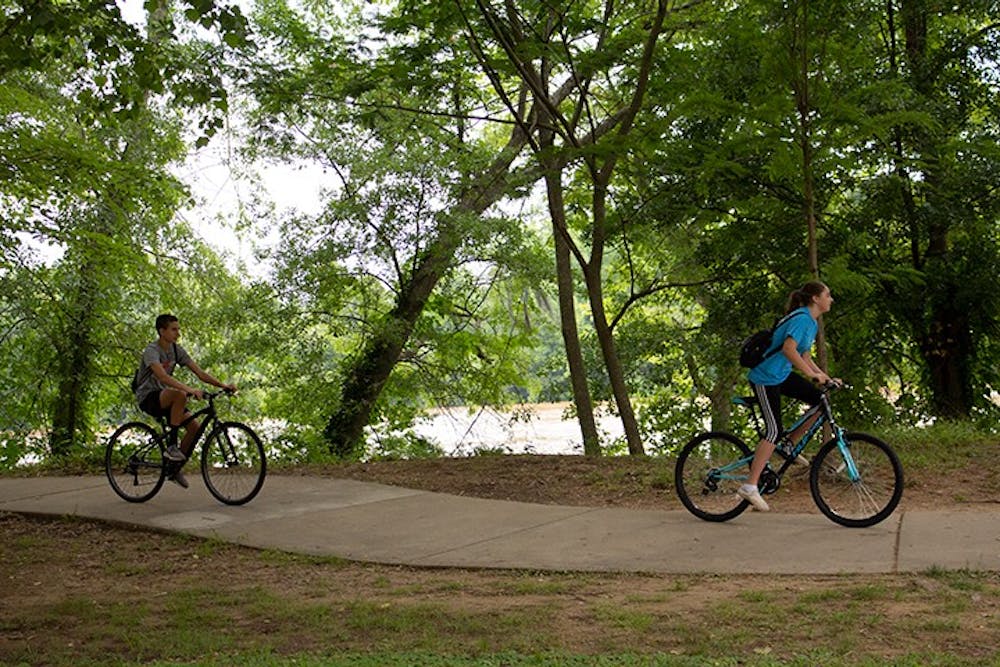 By Nick Sullivan , and Jack Bingham

This summer isn’t going to look quite like the others, but that doesn’t mean it has to be spent staring at the wall. Granted, your options are essentially to walk around outside or watch something on your computer, but Columbia and the surrounding area are still rife with activities that allow a healthy distance between you and others.

Below are some suggestions on how to make the most of your summer, pandemic and all.

Catch a film at The Nickelodeon Theatre — virtually

The Nick closed its doors back in March and has yet to announce when it might reopen. However, the beloved theater continues to sell tickets to its “Virtual Screening Rooms” so moviegoers can get their indie flick fix while supporting the nonprofit from the comfort of their own homes.

“What makes working with our streaming recommendations better than having to do all of that scrolling yourself is that we’re actually doing the curation for you,” Anita Floyd, executive director of the Columbia Film Society, said. “What we do is look for and have access to things that you would really have a hard time finding if you’re just running through Hulu and Netflix and all of those other places.”

Now that The Nick isn’t limited to its two theaters, Floyd said it has more variety than ever in its selections, from documentaries to family films.

“I would be shocked if there was one person in the community that would watch all of them and love all of them, because they’re just that different,” Floyd said.

A full list of films, trailers and ticket prices can be found on The Nickelodeon Theatre’s website. The Nick also created a stream guide that walks through how to stream to various devices.

Cruise down the mighty Congaree

The Congaree River is still open for tubing, kayaking and more throughout the pandemic, and several businesses offer these services in Columbia.

Located at 131 Alexander Road in West Columbia, Palmetto Outdoor offers a wide array of aquatic entertainment, including guided tours, kayak rentals and whitewater clinics. Its most popular option, though, is inner tube rentals.

Palmetto Outdoor also offers a shuttle to and from the river.

“You shuttle up to the put-in, you float roughly three hours back to your car, that way when you’re done, your car’s there, your dry clothes are there, they grab the equipment and you’re free to go,” owner Mike Mayo said.

Shuttles leave every hour from noon to 4 p.m. Sundays through Fridays, and from 10 a.m. to 4 p.m. on Saturdays.

River Runner Outdoor Center, located at 905 Gervais St., is another option for fun on the water, offering canoe and kayak sales as well as rentals and guided tours.

The infamous South Carolina Lizard Man, which is said to inhabit the surrounding swamps of Bishopville, rose to prominence after allegedly gnawing on a teenager’s car in 1988. Reported sightings have continued to pop up ever since.

It's only natural that there be an annual festival held in his name. That’s right — this year marks the third-annual Lizard Man Festival, and, much like the sightings that just won't stop coming, the festival remains a go.

The festival will stream a series of talks on Facebook Live from noon to 5 p.m. June 12 and 13. Learn all about your favorite cryptids as speakers give you the scoop on the latest Bigfoot research, discuss their Lizard Man-inspired books and explain what exactly a lizardperson of Los Angeles is.

Each talk is estimated to last about 45 minutes. A full rundown of the festivities can be found on the festival's website.

Take a hike in the Midlands’ state parks and forests

Columbia residents have many opportunities for hiking, biking and outdoor exploration nearby, even during a pandemic.

Perhaps the most well-known trail in the Columbia area, the Cayce/West Columbia riverwalk,  remains open. This 3.5-mile system of trails and boardwalks hugs the Congaree river, allowing for a scenic afternoon hike or a short bike ride.

The riverwalk is open from dawn to dusk daily and can be accessed from Riverwalk Park in West Columbia.

Within a 30-minute drive of the city, the Midlands also have several state parks and forests that are great for day trips, including Harbison State Forest.

Harbison State Forest, located less than 10 miles from downtown Columbia, contains 18 miles of trails with a wide range of difficulties. Since the forest also borders the Broad River, it contains loading docks for canoes and kayaks too.

Admission to the forest is free; parking, however, is not, as permits must be obtained upon arrival or online for $5. The forest is open from 9 a.m. to 4:30 p.m. daily.