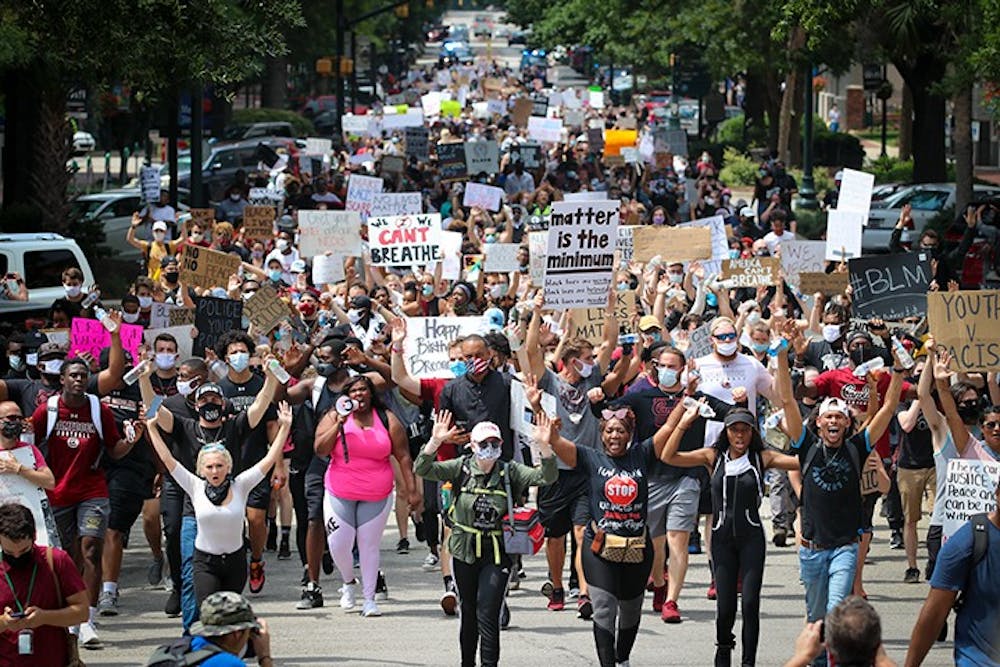 “Original Design exists to provide resources, opportunities and supportive relationships necessary for children to live healthy and honorable lives,” Urich said in a press conference over Zoom on Monday.

Urich said Original Design began as an idea in February when spring football was starting while he was thinking of ways to help people.

“So I started just dreaming on that," Urich said, "dreaming on how do I want to use my influence to impact other people in a positive way. Then I started dreaming, and the word ‘nonprofit’ came up.”

Urich will serve as Original Design’s executive director with Lattimore, Shaw and Dan Lian, Urich’s pastor at NewSpring Church in Anderson, rounding out the board.

The Gamecock quarterback was able to take advantage of the unexpected downtime due to the pandemic, which gave him the opportunity to lay the foundation and get to work on the organization since in-person practices were suspended.

“If it wasn’t for quarantine, I don’t know honestly how far I would be in on this,” he said. “Original Design would not be there without hardship and adversity. We had three months of quarantine. I’m working out and studying but had nothing else to do. The time frame was perfect to get things launched up here.”

To achieve his vision, Urich and his team are working on programming with no set start date. Urich, a public health student, said he wants to partner with the Arnold School of Public Health, and he plans on holding his first football camp in late spring 2021.

“We’re not trying to rush and trying to really establish a good program to where it can be sustainable,” he said.

Aside from the core group, Urich said he has also received support from his teammates and coaches, specifically on the Matter is the Minimum movement. When the company launched this weekend, Urich posted a picture of himself with other players like Israel Mukuamu and Dakereon Joyner wearing shirts with the phrase on it.

“They hopped on board too and were excited to help me get the message out,” Urich said. “Not only is Original Design’s vision important, but also Matter is the Minimum, specifically them being African American, pushing for that social equality too.”

Matter is the Minimum also serves as a revenue stream for the organization. Urich is selling the shirts on Original Design’s website. Despite being a student-athlete, he is allowed to accept donations and sell merchandise for Original Design because it is a 501(c)(3) organization.

While Urich is the one taking the lead on Original Design, he is thankful for the platform and support given to him by the people around him.

“I don’t have this opportunity if I’m not at the University of South Carolina," he said. "I’m just extremely grateful that I get to be here and I get to pursue my passion outside of football, but also with football.”