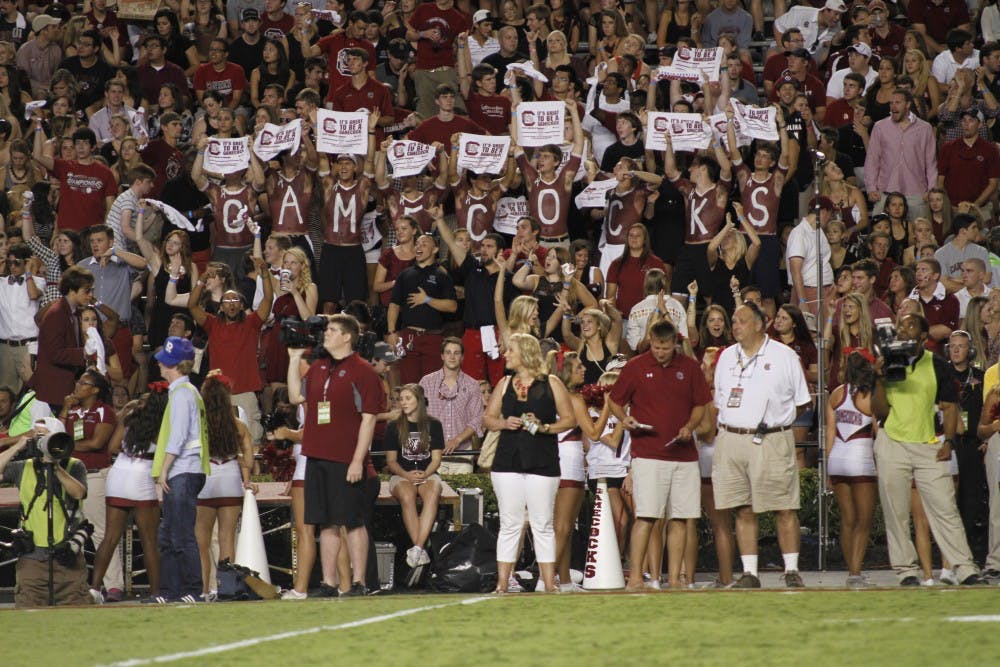 No-shows, arrests, ejections down at USC vs. Vanderbilt game

Student no-shows were down at the sold-out Saturday night football game against Vanderbilt, as were overall ejections and arrests.

The total amount of no-shows for the season so far amounts to 2,266 students. Those students have lost their student ticketing privilege for the rest of the season.

Ejections and arrests fell less dramatically, with 125 students and non-students being ejected and 15 being arrested on charges largely consisting of alcohol-related offenses, disorderly conduct and being in the student section without a wristband, according to Cpl. Vinny Bocchino of USC’s Division of Law Enforcement and Safety.

Ejections declined by 26 and arrests by just one compared to the UNC game. The types of infractions were largely the same.

While more students showed up to the Vanderbilt game, it did not take another thunderstorm to clear out the student section. While Edwards was “impressed” with the amount of students remaining during the third quarter of the UNC game, that number was visibly lower Saturday.

A group of “key student leaders” will meet this week to discuss strategies to keep students in the stadium longer, Edwards said. In the past, Edwards and Student Ticketing Coordinator Adrienne White have suggested charging for tickets, giving out promotional items during the second half of the game and scanning CarolinaCards at the end of the game for extra loyalty points.