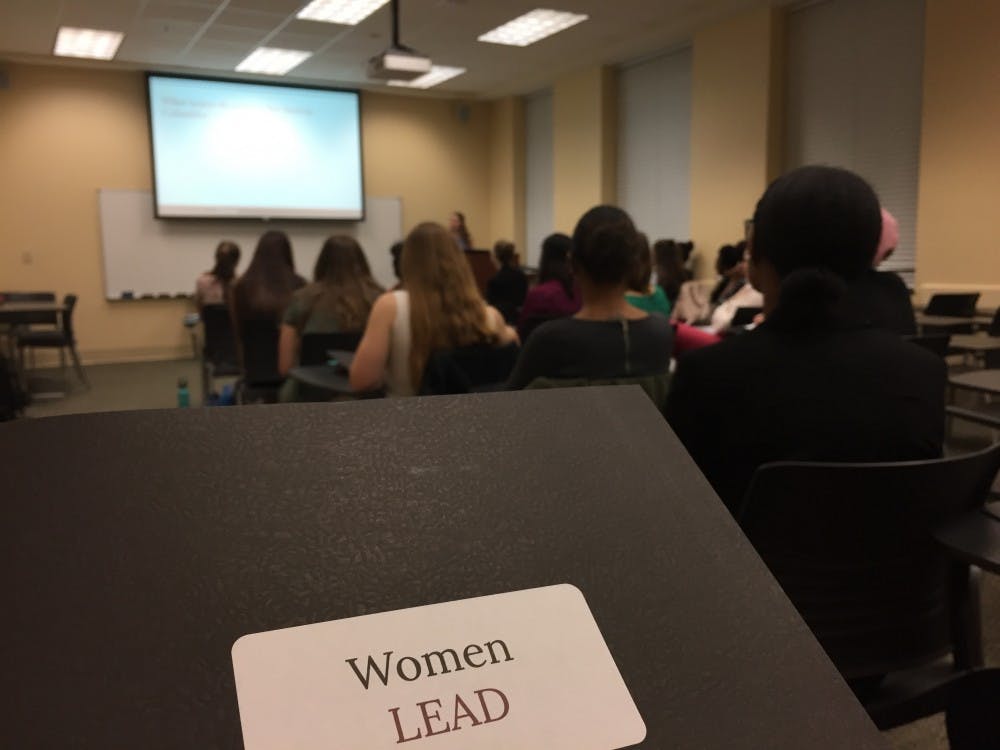 What began as a six-week women’s leadership program in the Leadership and Service Center has evolved into a student organization dedicated to empowering and building a strong class of undergraduate women.

Women LEAD is holding a six-week program this spring centered around developing leadership skills and self-awareness.

“It’s the part of my week I look forward to most,” said Nancy Jones, a first-year international business and economics student.

Every Wednesday, executive members of the organization deliver presentations and hold open conversations with the students that educate them, allow them to share their own personal experiences and describe how they feel about certain issues and come to conclusions together.

“We just try to provide everyone with the tools that they need to make an impact here on campus as a leader, whether they already have a position or not,” said Jasmine White, a third-year accounting student and president of Women LEAD.

Women LEAD was approved as a student organization just last semester, and the executive members are determined to provide the best possible program for the 27 new recruits.

“What I gained from the program, I want to give to other people,” said White.

The goal of the open discussion and the sense of community it builds during each meeting is to inspire the young women and open their eyes to what is going on in the lives of other women on campus and their struggles, as well as give them an opportunity to work through it as a group.

“I think that it is incredibly important for women to have a space where they can connect to other women who are also very strong, independent people and who also believe that we all have a duty to help each other,” Jones said. “What happens in that space and the connections that are formed is something completely special.”

For Amelia Wilks, a second-year public health student, the program has served as an eye-opener.

“It has helped me understand who I am a little bit more and where I want to go,” Wilks said.

The program teaches the students to have confidence in themselves, their potential and their abilities.

“The thing that Women LEAD has been really good about instilling in all of its members is … why not you?” said Jones. “There’s absolutely no reason to not go after what you want with everything that you have.”