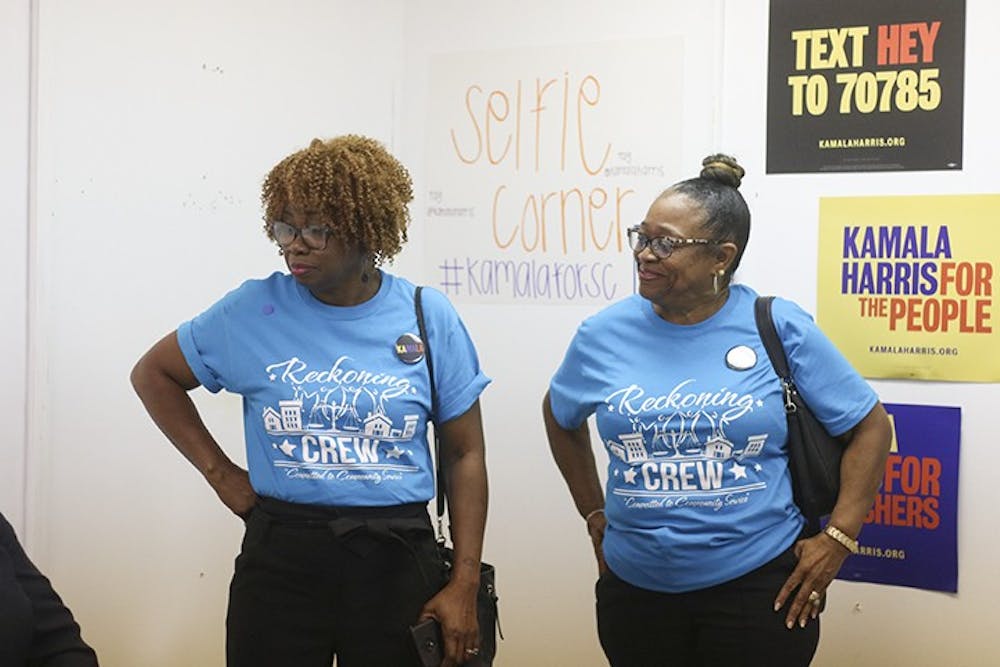 The South Carolina for Kamala campaign celebrated the grand opening of its Columbia field office/headquarters on June 13. Located at 1919 Hampton St., the two-story building is only minutes from USC, Allen University and Benedict College.

The headquarters will function as a hub for volunteers and other supporters of Sen. Kamala Harris as they prepare for the primaries. The grand opening happened hours after Harris received the endorsement of Richland County's "Reckoning Crew," a local grassroots group of predominantly African American female activists, some of whom were in attendance. Among others in attendance were Sen. John Scott and Rep. JA Moore of South Carolina.

While Harris did not attend the opening, the Democratic presidential candidate will return to Columbia for the SC Democratic Party State Convention on June 22. The convention will be at the Columbia Metropolitan Convention Center.