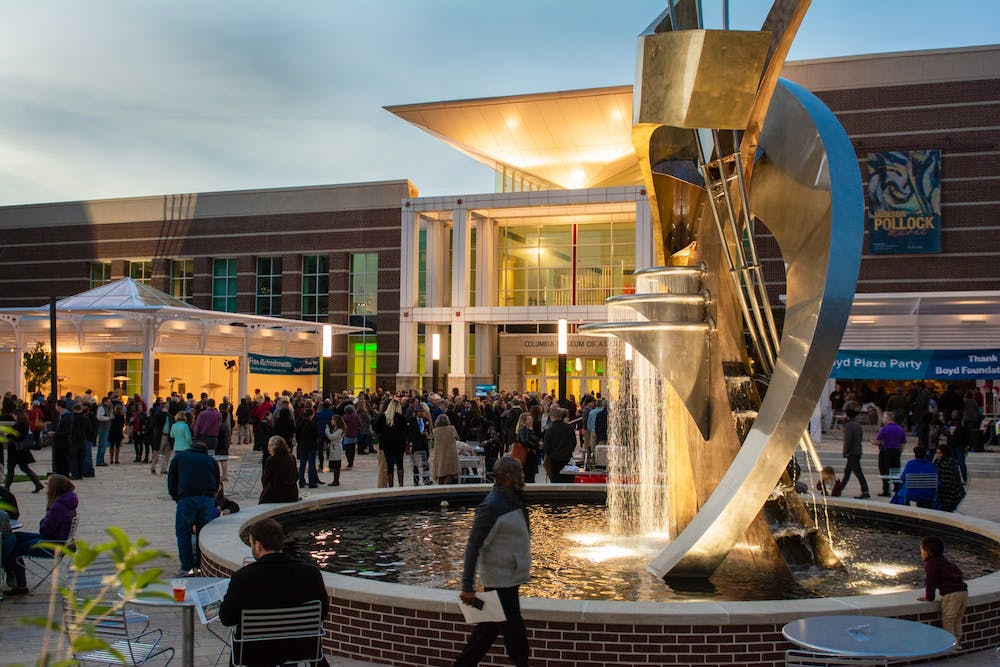 Some see Columbia’s Main Street as the setting for a thriving social scene in the heart of the state's capital. However, those who have lived in Columbia longer know Main Street was not always the lively, urban stretch it is today. First Thursday on Main, a monthly event that features entertainment and dining specials, plays a role in the area’s newfound vibrancy.

First Thursday began almost 10 years ago when several Main Street businesses came up with the idea of a monthly event to showcase what they had to offer. Now, First Thursday has grown into a nonprofit organization with volunteers who decide on the details of each individual event, and they put a lot of effort into those decisions. Every year, the board hosts a planning retreat to discuss and decide on the key elements of the events.

The businesses who choose to participate open their doors later in the evening the first Thursday of each month, host live entertainment or offer specials. A prominent aspect of the event is music, and many businesses hire bands to perform and draw people in.

The board will often select a theme for the month that they share with business owners who may choose to plan their involvement accordingly. Past themes have included Fashion and Fundraisers, International Arts and Oktoberfest. Although November’s First Thursday will not have a theme, December’s event will embrace the holiday spirit by tentatively including a nighttime holiday market similar to Soda City.

There are many businesses that take part in First Thursday, including Mast General Store, Lula Drake Wine Bar and Columbia Museum of Art. The museum has been involved with First Thursday for around five years, but it was not until recently that it really began to devote careful consideration into its First Thursday programming.

“I would like to say that we’re almost an anchor in First Thursday,” said Dana Witkoski, engagement specialist at the Columbia Museum of Art.

The museum takes part in First Thursday every month, and its resources allow it to host a variety of events throughout the evening. The large plaza creates space for live bands and food trucks, inevitably making them a standout attraction to anyone passing by. The museum always offers free admission on First Thursday, but the exhibits may differ each month.

This coming First Thursday, there will be gallery tours of the Van Gogh exhibit, performances by The Mothers, an improvisational group from Trustus Theatre, and a series called “Move Around,” in which choreographers will create dances based on artwork in CMA’s collection and then perform them for visitors.

Witkoski, who grew up in Columbia, said she always thought she wanted to leave the city, but as she got older, her feelings changed.

“The longer I live here, it seems like our art scene is just growing exponentially as the years go by, so I think First Thursday is just a really great example of that,” said Witkoski.

First Thursday’s mission to showcase how vibrant Main Street has allowed the event and the city itself to expand and improve over the years. Every month, First Thursday hosts an estimated  500 to 1000 visitors from Columbia and surrounding counties like Fairfield, Kershaw and Lexington.

“That’s the goal, is to continue to grow the organization so that people know what Main Street has to offer,” Stephens said.