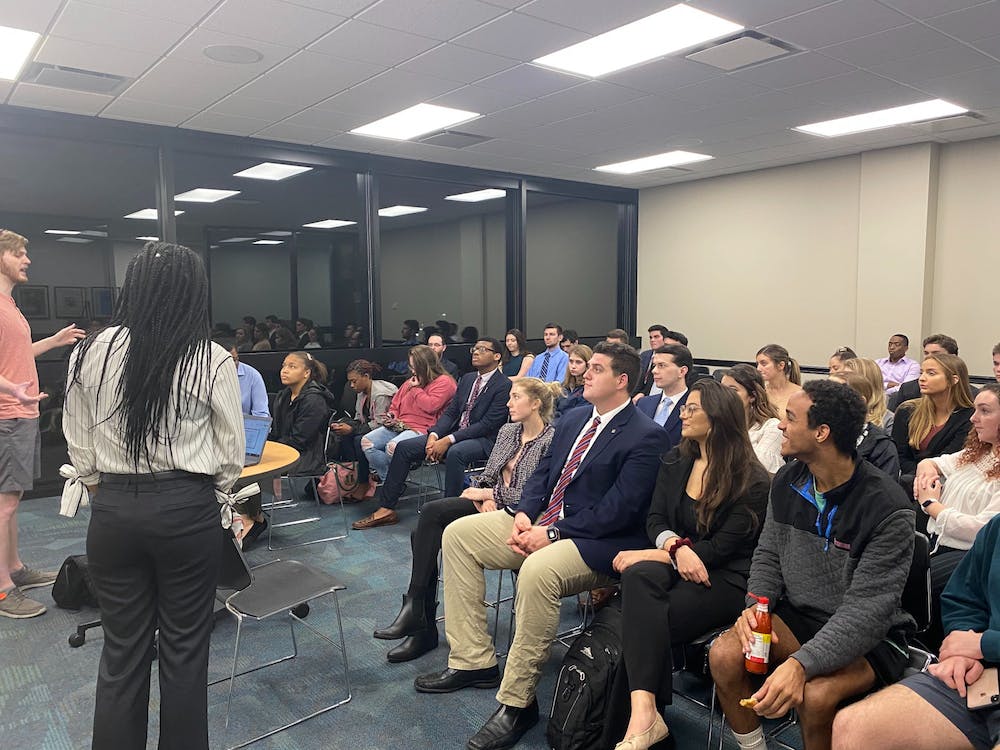 Candidates for Student Government senate and executive positions met with elections commissioners Thursday night to review the election process and begin their campaigns.

The student senate candidates’ meeting, which occurred separately from the executive candidates’, was fairly procedural, revolving mainly around the dates for the campaigning process.

“I'm hoping that students will take the opportunity to get to know the candidates just by walking up to them, saying, 'Hi, my name is blank, and this is what I'm interested in,'” Scott said.

Following the executive debate on Wednesday, hard campaigning will begin. At that point, candidates will be allowed to distribute promotional materials to the public and hold rallies. The campaigning process concludes with elections, which occur from Feb. 25 at 9 a.m. to Feb. 26 at 5 p.m.

“I'm a very strong believer that having strong and integrous elections is very key to having any kind of good, functioning government,” Arling said. “I really want to make sure that you guys are absolutely open to that encouragement.”

After the candidates for student senate had cleared out, those running for executive positions attended a meeting with similar content. This meeting focused more heavily on the debates, which only executive candidates participate in, as well as relationships between candidates.

“Obviously elections can be really nasty,” Arling said, “We don't want that to be what defines the university or this election or this senatorial and executive class. Let's make sure that we be kind to each other.”

The meeting concluded with a signing of the Carolinian Creed by all candidates and a short statement by Elections Commissioner Bennett Lunn.

"If you were serious about having a good term, if you do get elected, consider this the start of it, and everything that comes after this is going to be impacted by the tone you set now,” Lunn said.