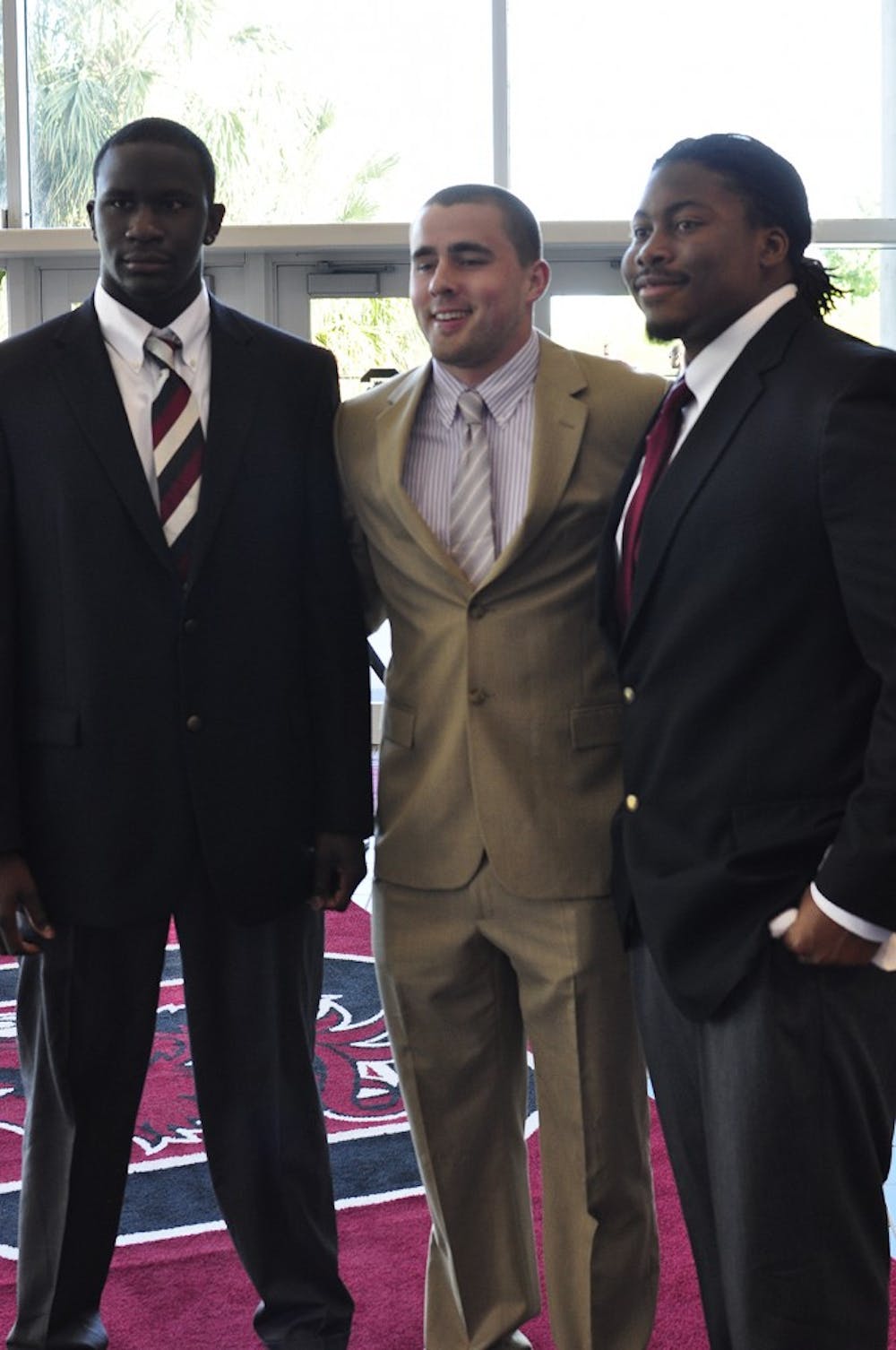 The President’s Award was given to track and field senior captain Breanna Radford, who earned a shot put bronze medal at the 2013 SEC Indoor Championships.

Former football tailback Marcus Lattimore was honored with the Gamecock Inspiration Award and was named the team’s Most Valuable Player.

ESPN’s Cara Capuana and Anish Shroff served as emcees for the ceremony.
A complete list of award recipients from the 2013 Gamecock Gala is below.