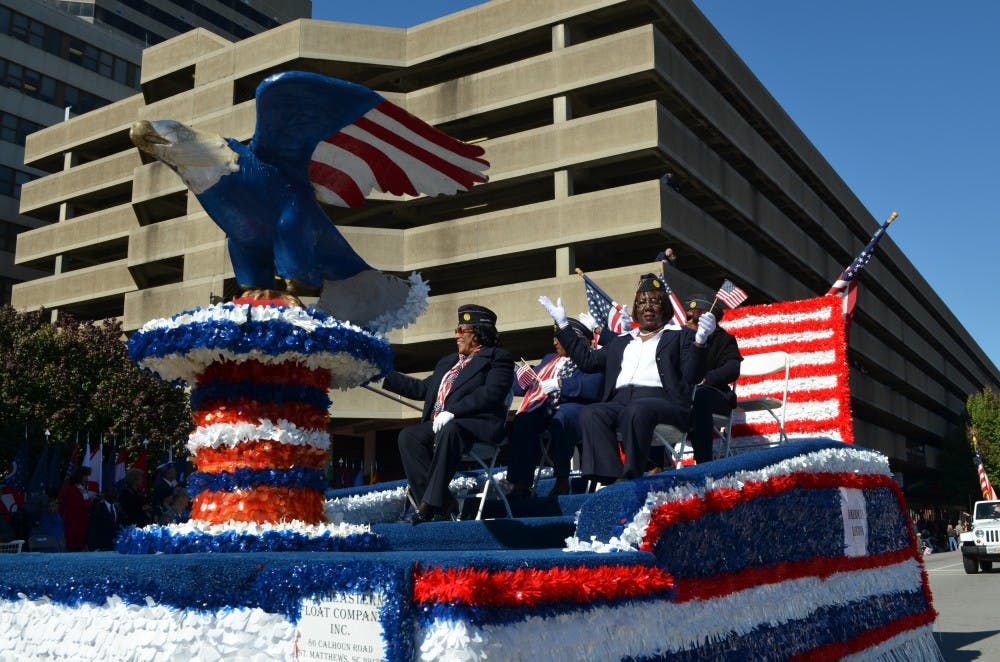 Veterans from across the state joined fellow patriots in celebration of Veterans Day in a parade through downtown Columbia Monday.

USC and the military

More than 1,000 veterans are enrolled as students at USC.

USC has been recognized for the past two years as a Military Friendly School by Victory Media, which honors the top 20 percent of schools nationwide that offer military students the best college experiences. USC is one of 10 SEC schools and 26 South Carolina colleges to be recognized on the 2014 list.

In commemoration of the end of World War I on Nov. 11, 1918, President Woodrow Wilson proclaimed Nov. 11, 1919, as Armistice Day — a day, he said, to be “filled with solemn pride in the heroism of those who died in the country’s service and with gratitude for the victory.”

The day was made an official national holiday in 1938. In 1954, its name was changed to Veterans Day to honor those who had served World War I and as well as in subsequent wars.

Veterans Day is observed Nov. 11 each year, regardless of the day of the week.