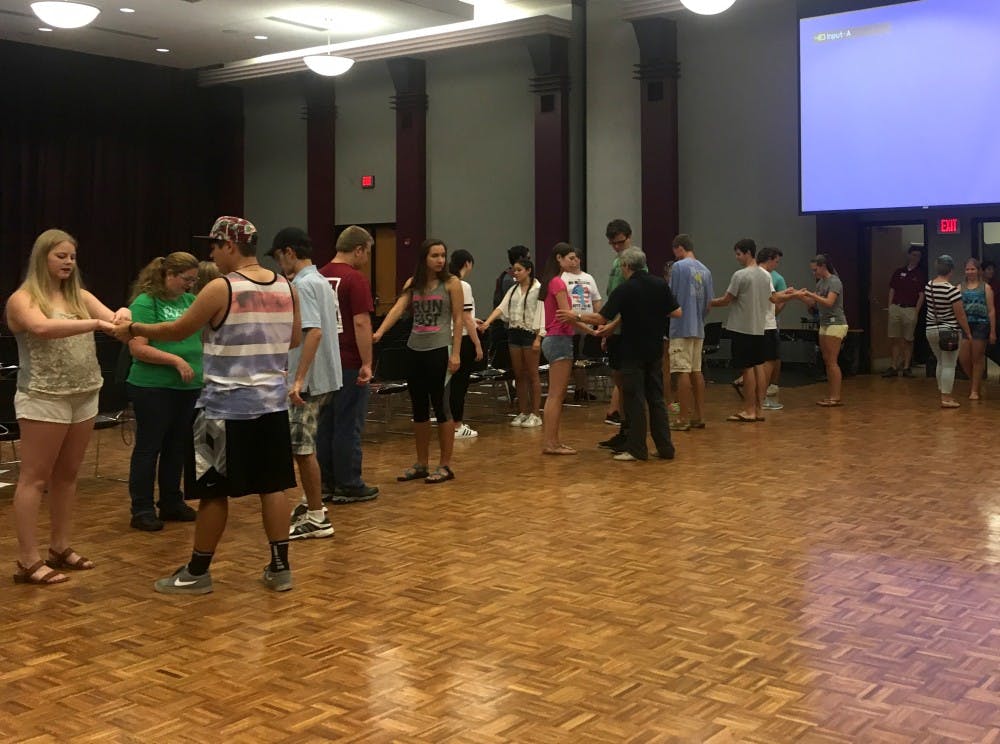 By Brittany Franceschina / The Daily Gamecock

Starting college can be a big adjustment for anyone and even more so for the 40 percent of out-of-state students at USC who are unfamiliar with the varied culture of South Carolina, a state whose traditions and cuisine are anything but ordinary.

As a part of Welcome Week, the Student Success Center held its annual "What’s the Big Deal About Sweet Tea?" event, which is aimed at introducing students to Southern culture. Students entered the event for free with their CarolinaCard in the Russell House Ballroom and tasted samples of food including Palmetto Pig mustard-based barbecue, hush puppies, banana pudding, boiled peanuts and, of course, sweet tea.

The students also had the chance to learn the official dance of South Carolina from USC’s own shag dance instructor, Lesley Drucker.

The event was a great way for out-of-state and international students to connect with each other.

“She’d never had banana pudding!” said first-year psychology and criminal justice student Kayla McGuire about first-year nursing student Keri McConnell as they laughed and attempted the shag steps with each other.

“We’ve invited a lot more international students the past couple years since we have such a big population, and this is really good information for them as well,” said Erin Knaul, coordinator of Transfer and Special Student Population Services, who planned this event for the second year. Knaul, who is originally from New York, wanted to give out-of-state and international students the opportunity to try the food and dance as well as get a little information about the school and Columbia.

“This especially works for me being out-of-state and having lived in the South for a couple years, I really understand what that culture shift can be like to move to a whole new part of the country,” Knaul said.

Knaul plans to continue this event in the future and add more of its kind to assist in the success of out-of-state students at Carolina.