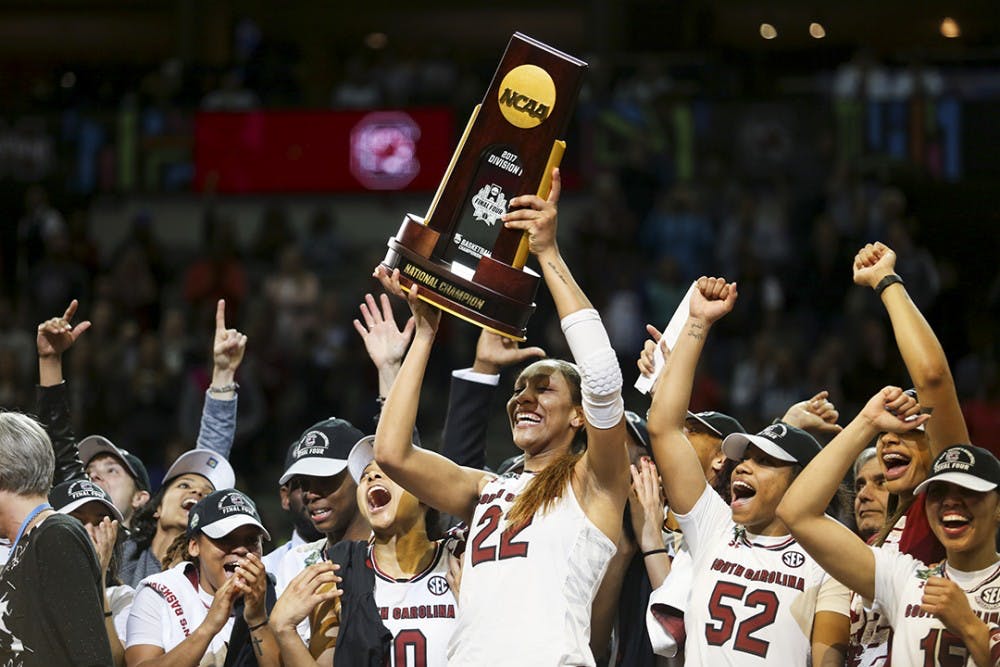 USC announced the decision to build a statue of former Gamecock women's basketball All-American A’ja Wilson at her graduation in May to be displayed outside of Colonial Life Arena and has since been working on the logistics of the statue, such as funding, design and placement.

The State reported that the statue could potentially cost $300,000, and women's basktball head coach Dawn Staley has pledged to donate $100,000 to help pay for the bronze structure. President Harris Pastides spoke about his excitement about the statue in his State of the University Address.

“That was, by the way, perhaps the easiest fundraiser I’ve ever participated in,” Pastides said in the speech. “But I don’t think we should put two statues up for her, although we raised enough money to do that.”

Despite Pastides saying that the university has enough money to build the statue, other university officials said the cost of the statue has not yet been finalized because USC has not hired a sculptor or determined the size, place or material of the statue.

“We have verbal commitments from several enthusiastic, anonymous donors that could provide about two-thirds of the funding we think we will need for this project,” said director of public relations Jeff Stensland in an email. “We will know more after decisions have been made about the design and sculptor for the statue.”

If there are leftover funds from the project, Stensland said the money would go toward the installation or unveiling of the final product.

“I think the statue is a incredible idea. She did wonders for our program,” Schriefer said. “I think her statement for the South Carolina Gamecocks is incredible, and she really deserves that statue.”

Lily Baker, a third-year nursing student, had not heard about the statue, but liked the idea of building a statue for the former USC women’s basketball player.

“I think it’s a good tribute and we did win the championship with her,” Baker said. “I think they should have a plaque explaining the statue ... and also thanking the donors.”

Second-year biology student Dara Malachi raised questions about the reason for the statue.

“It’s good that it’s being dedicated to her, at the same time, I don’t really understand why we're actually putting a statue up of her,” Malachi said.

She said she thought the statue was a cool idea, but wanted it to be something dedicated to the 2017 national championship team, rather than one individual player.

“I don’t understand why you have to have a statue of one person if in reality ... it was a team effort for the win,” Malachi said. “They should do the whole team, or at least do a picture or something to dedicate it to them, or at least something that they all agree on.”