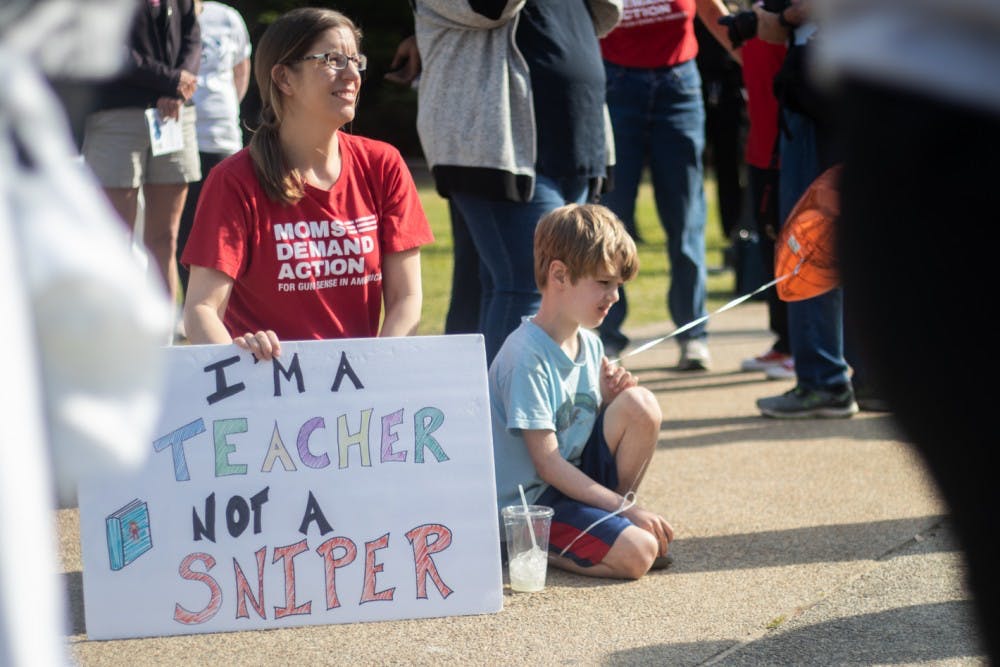 The second annual March For Our Lives event in Columbia took place Saturday morning at the Statehouse, focusing on gun safety and dealing with gun violence in South Carolina communities. Several people spoke at the rally, including Mayor Stephen Benjamin and 2020 presidential candidate Robby Wells.

“For the victims and their families, let us all rise up and let our lawmakers hear these words crystal clear: ‘enough is enough,’” Wells said.

March for Our Lives is an annual demonstration that began last year in response to the Stoneman Douglas High School shooting in Parkland, Florida on Feb. 14. The main student-led demonstration took place in Washington D.C., with marches and rallies of solidarity taking place across the United States — including a march in Columbia, South Carolina.

This year’s Columbia rally was organized in part by Building Better Communities, a nonprofit organization that works with local law enforcement to create safer community environments.

Many at the rally, including South Carolina Rep. Wendy Brawley, said they share this belief in uniting as a community and emphasize that this is an issue that affects everyone.

Brittanee Roach, who attended the March for Our Lives event Saturday morning, lost her sister to gun violence.

“It’s really sad and sick how easily people are able to get guns, and they use them in the most evil ways for the most evil reasons.”

When asked what can be done to affect change, attendee Larraine Moses had one answer:

“Vote. If you’re not happy with the laws, you have to go out and vote.”