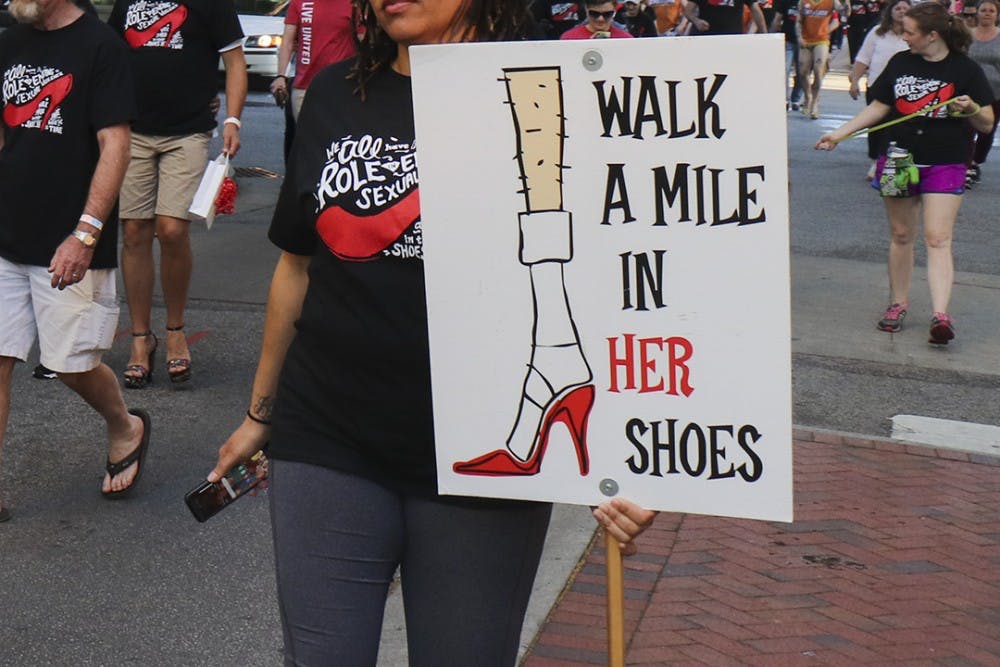 Annual ‘Walk A Mile in Their Shoes’ event canceled after threats

Threatening phone calls prompted Walk A Mile in Their Shoes, an annual Columbia event that aims to raise awareness for sexual assault, to be canceled two days before its 10th anniversary last week. Sexual Trauma Services of the Midlands (STSM), who hosts the event, received the calls.

“We make this decision out of an abundance of caution,” STSM said in a statement. “The daily work of STSM continues. We encourage everyone to use their voice to support survivors in our families and communities.”

According to STSM's website, someone called the 24-hour hotline and threatened to harm STSM staff members. While Columbia Police Department was providing security for the event, STSM decided to cancel the walk.

“As this case is not yet resolved and as our primary responsibility is advancing the health and well being of our clients, staff, and those who support our work in the community, we choose to cancel tomorrow's Walk A Mile In Their Shoes at the South Carolina State House,” STSM said in a statement.

Law enforcement is currently looking into the case. Columbia Police Department was unavailable for a comment.

Last year, the event raised $97,000 to support services offered by STSM to those requiring care following sexual trauma. Nearly 1,500 people walked for those affected by sexual trauma or in support of the cause.

Marlena Zinn, a second-year marketing and global supply chain and operations management student, helped with the planning process for Walk A Mile in Their Shoes. Zinn said she was upset when the walk was canceled because this is the biggest fundraiser for the nonprofit organization.

“I’ve seen firsthand all the work that has been put in months in advance organizing this walk, and I’ve heard so many stories about how successful it was previous years,” Zinn said.

According to WLTX, some of the teams that planned to attend the walk will hold their own event to continue raising awareness and money for sexual assault and violence services.

STSM will continue its work to provide support for survivors despite the cancellation to help those in need in Columbia.

“Not only do we help the survivors, but we show that there’s more to them than just this one incident that occurred to them," Zinn said. "It’s a way for them to get back out and see that their community supports them and is behind them and continues to love and embrace them no matter what happens.”