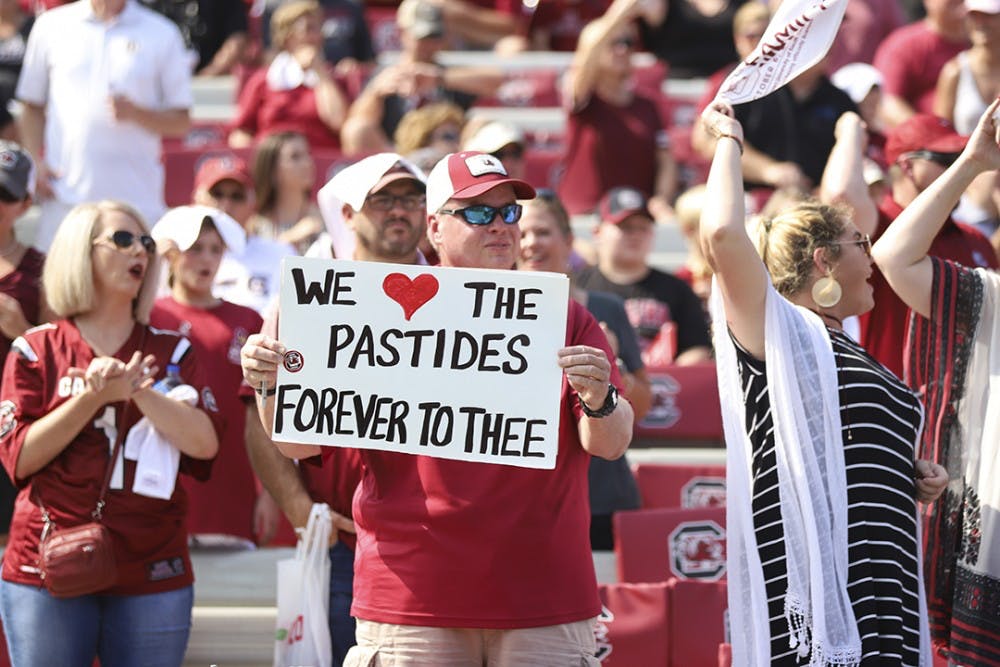 Recently, USC’s new president Bob Caslen said, “If you're going to be an effective leader, you have to have the humility to listen and to understand across the entire spectrum of thought,” and with his newfound position at the university, I hope he truly does have humility.

The University of South Carolina just lost one of its most beloved presidents — Harris Pastides — after 11 years of service to the university. Not only was he respected and adored by his students and faculty, but his whole family was.

Caslen is a different story.

There has been a lot of outrage about Caslen’s election, and he and his family are entering the Carolina family on very thin ice. However, if he listens to his students and faculty, he may have the chance to repair his relationship with the Gamecocks.

Pastides left with hope that the new president could “recruit an able leader who has all the right stuff to take the reigns and hopefully to accelerate our progress,” but to be able to correctly continue the university’s growth, Caslen will have to understand and accept certain traditions and programs that Pastides put in place.

Pastides and his wife often hosted students in their home to connect with them, and they always went out of their way to have conversations with the people at their university. Not only did it affect the campus environment, but it facilitated a conversation between leadership and the students, making it easier for students to voice their concerns about the university.

However, students didn’t just trust Pastides because of his knack for communication. From his election in 2008 to his retirement in 2019, our former president promoted inclusion while “aiming to combat racism and bigotry.” Inclusion and equity were a huge part of Pastides' presidency and pushed campus culture in a positive direction.

The University of South Carolina is full of many different communities, and with the help of Pastides and his initiatives to promote diversity and dialogue, the university has been able to quickly respond to racial issues.

Almeera Lateef, a third-year biochemistry student and president of the Muslim Students Association, said, “I think he's not afraid to take a stand when something does go wrong.”

Caslen will have to understand that he cannot just be an idle bystander to the private workings of his campus. He will have to work to stand up for all groups of students, and understand that the University of South Carolina is used to a very personal relationship with the president and his family.

Part of what made Pastides’ presidency so groundbreaking was his wife. Patricia Moore-Pastides was USC’s first lady for 11 years, and she has always been someone students adore. She taught a cooking class to students and always made an effort to attend campus events. Just like her husband, she cared deeply for her students and faculty, and even created the first lactation rooms for women returning from maternity leave. Sure, it’s important for our president to be actively present for our campus' matters, but the first lady is just as important.

Under Pastides and his family, students and faculty felt loved and cared for by their president, even if there were some tough spots. Caslen will have a hard time facilitating the same relationship our former president had with his campus, but maybe, if he truly has humility, Caslen may be able to eventually hold a match to the flame Pastides had.