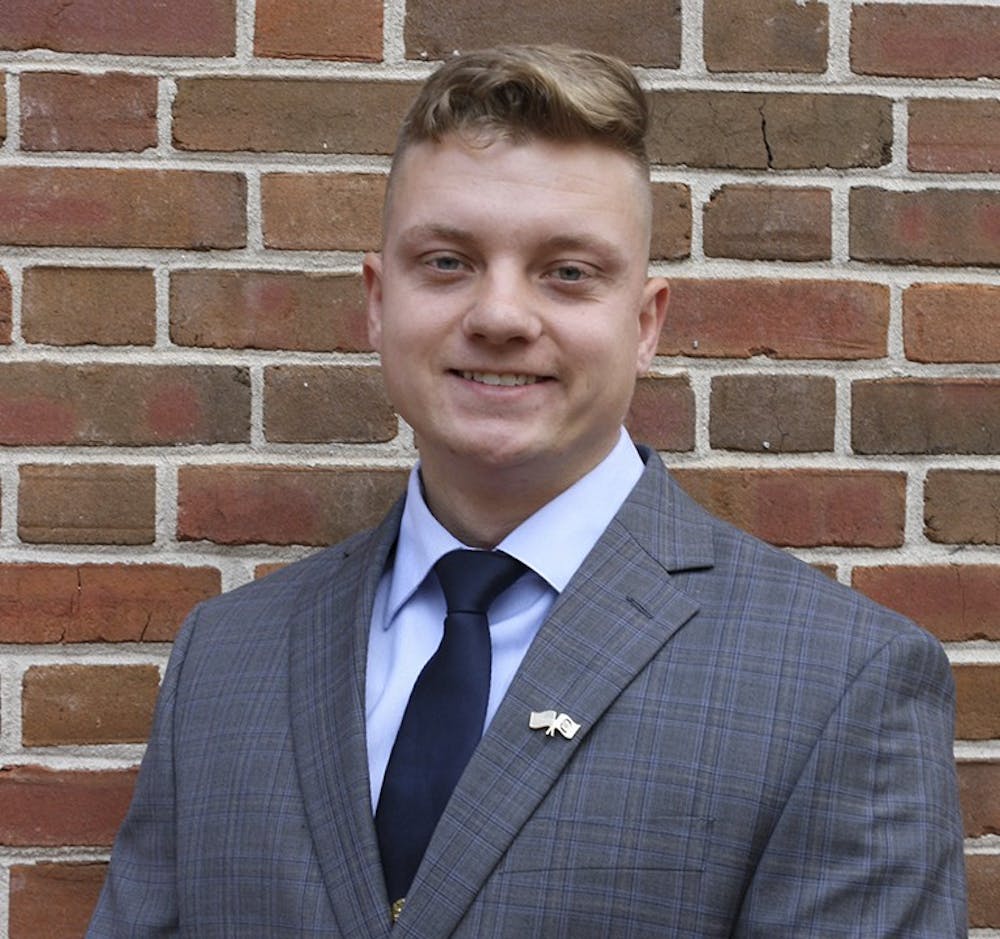 Marine Bobby Herpel decided to come to USC for something different.

“I was just opened to a completely new world," Herpel said. "So many things just came to focus and it caught my attention and I love it.”

"[At USC], there’s just a lot more light shined on veterans and [it] makes my job and what I do for Student Government so much easier,” Herpel said.

Herpel is involved with other organizations and activities on and off campus. He is in the SVA, the Public Relations Student Society of America and the club rugby team. In addition, Herpel is taking 18 credit hours while working "at least 40 hours a week."

“I would love to just be the speaker for like a company, a business, a government official or some sort of political person,” Herpel said.

Christopher Behling and Devon Harant, friends of Herpel from the Marines, said Herpel is kind, dependable and hardworking. As a marine, Behling said Herpel is “a real good morale booster” and “helps keep the spirits high” when things get hard.

Before Herpel came to USC, he went to a community college where he was president of the veterans club. He decided to get involved in Student Government at USC because he had a class with Student Body President Luke Rankin during his campaigning process.

“As a friend, I started helping out, and then there was a position available for secretary of veterans affairs for Student Government," Herpel said. "I thought I had some kind of experience, but I also thought I had a lot of passion and I could bring something to the table, and I just stepped right in, and dove head first and here we are.”

Veterans who are not involved in either of these organizations often come to Herpel with ideas of ways to involve veterans in student affairs.

Herpel said his favorite part of being the secretary of veteran affairs is when he feels he has made a difference. He said he likes the dignity and the achievements he has gained while holding his position and hopes to encourage more student veterans to be involved in more student-related activities.

Rankin said he chose Herpel to be the secretary of veteran affairs because he wanted someone who had military experience, cared about the university and wanted to make a difference.

"Not only does he serve his country and does he really deeply care about those around him in his community, but he is someone who will always go above and beyond to make sure that others are OK, that they're taken care of and that if he can do anything to help, he’ll help,” Rankin said.