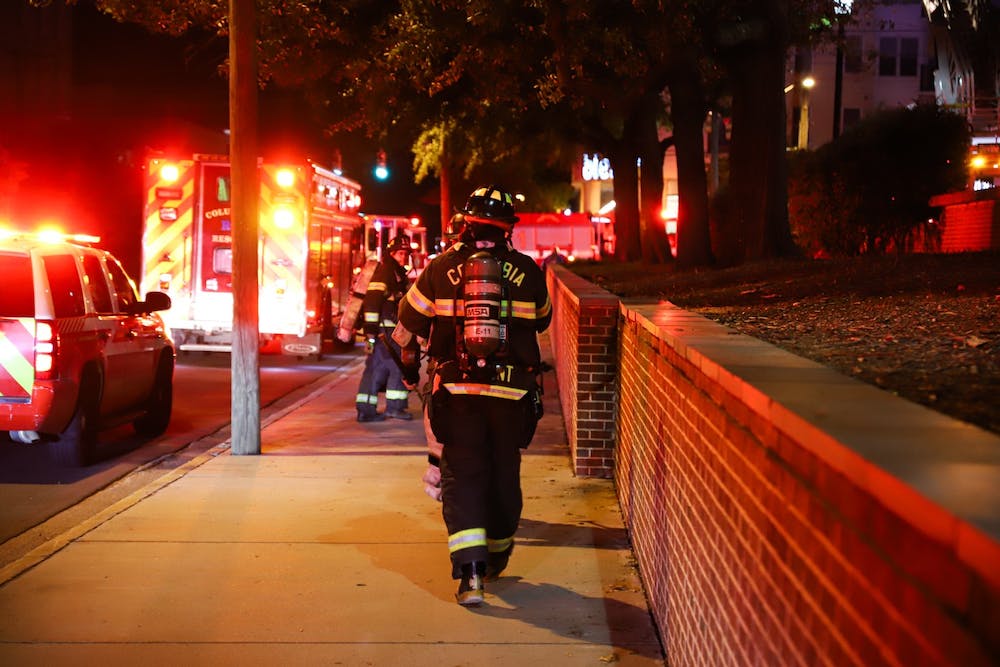 Students evacuated the residence hall and lined the sidewalk.

“We come to thousands of alarms every year,” Columbia Fire Department’s Battalion Chief Christopher Kip said. “This turned out to be real.”

Kip said the firefighters put a hose line down the trash chute to extinguish the fire. There were at least five fire trucks lining the closed down area on Main Street. It was a small, isolated fire, and students were able to return to their rooms at about 11:40 p.m.

“The fire was in the basement and it's caused a significant smoke condition, so it’s just going to take a while to get the smoke out,” Kip said. “You may have noticed we’re bringing a lot of fans into the building, we’re gonna to use those fans setting up in series to kind of methodically get all the smoke out.”

No students were injured in the incident. The cause of the fire is not currently known.