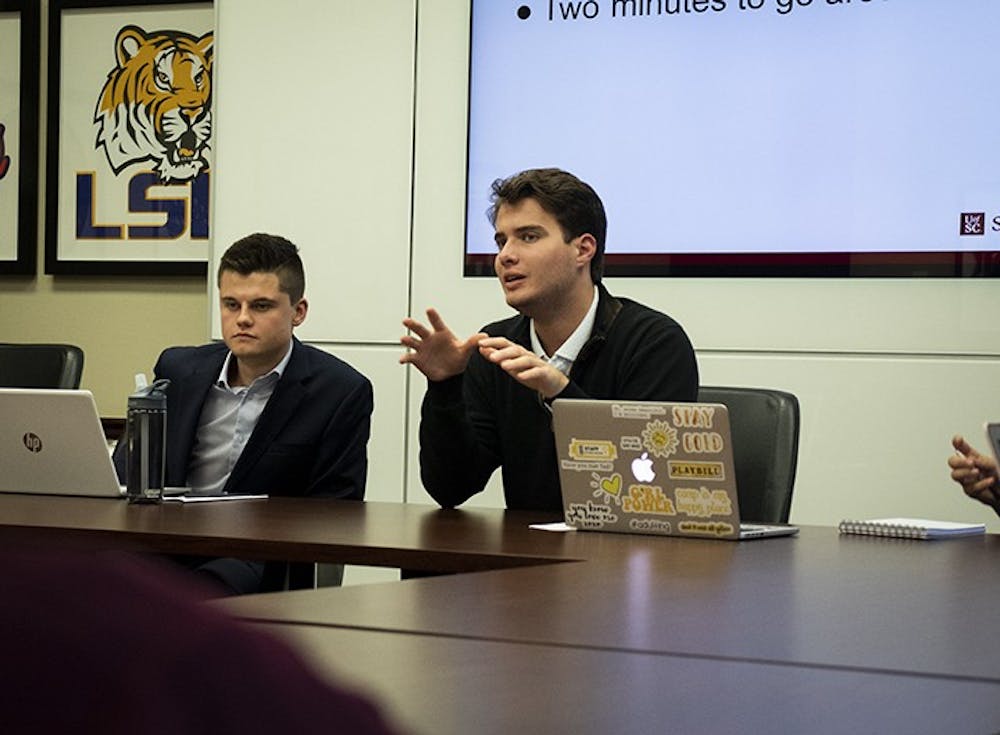 The Student Government cabinet discussed its Veterans Day weekend plans Tuesday, including a 5K race and a purple heart recipient parking space, along with planning for the South Carolina Student Collaborative.

The second annual Student Government Veteran’s Day Race will start at Longstreet Theatre on Sunday, Nov. 10th at 2 p.m. The 5K course will include a section climbing the Bull Street hill and end in the Vista with an after-party event. Student Government has 165 registered runners and a goal set to reach 500 runners.

All of the proceeds from the race will be donated to the Fisher House Foundation to help build a house in Columbia for the families and loved ones of veterans undergoing medical treatment at the local VA hospital.

On Veterans Day, Student Government is unveiling a parking spot dedicated to purple heart recipients at 5 p.m. The spot will be located behind the World War Memorial building.

“The idea is that moving forward, it will be its own independent organization and it will advocate for higher education at the Statehouse and larger,” said Janel Moore, secretary of government relations.

Student Body President Luke Rankin also addressed the renewal of the one-year free trial subscription that USC students currently have with the Wall Street Journal digital news. The concern is students did not know about this free subscription opportunity, so if renewed in February, there would be Student Government efforts to advertise the service.

“This was very poorly executed and marketed,” Rankin said.

Additionally, renewing the Wall Street Journal subscription will come at a cost to Student Government for the next year, so the cabinet will try to gauge student interest in the coming months before February.

“We’re hoping this is something where they would maybe continue and do an additional year of a free sponsorship, where we would actually market this,” Rankin said.