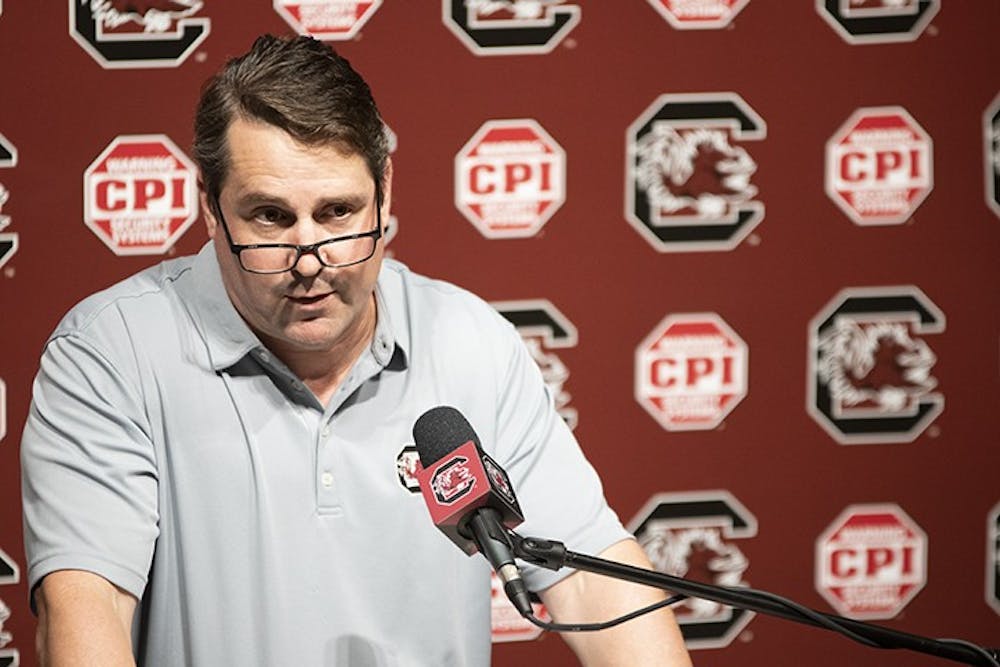 What to know for South Carolina's matchup with Appalachian State

Gamecock fans can look forward to the return of at least five formerly injured players including Rico Dowdle and Shi Smith as the team takes on Appalachain State at Williams-Brice Saturday.

After a victory over Vanderbilt last weekend, Will Muschamp is looking forward to an energetic crowd for senior night under the lights.

“Certainly the game day atmosphere is as good as anywhere in the country. You make a difference for our team, and more than anything, for our players,” head coach Will Muschamp said at Tuesday’s news conference.

Here’s what to know this weekend:

Appalachian State suffered its first loss of the season last Thursday, losing 24-21 to Georgia Southern. The Mountaineers broke their 13-game win streak, which had carried over from last season, and dropped out of the top-25 national rankings. Prior to last week, they were ranked No. 20.

This will be the 10th meeting between South Carolina and App State, all of which have taken place in Columbia. The two teams last met in October 1988, during which the Gamecocks took a 35-9 victory. South Carolina leads the series with an 8-1 record over the Mountaineers.

The Gamecocks have played seven straight games against SEC opponents, during which they went 3-4. A victory over App State this weekend would even South Carolina’s record on the season at 5-5.

Many of these seniors entered as the first recruiting class in Muschamp’s career as head coach at South Carolina. Muschamp said they “will always remain special” to him.

“I appreciate their contributions,” Muschamp said. “I’m disappointed from a team standpoint we haven’t exactly had the year we wanted to have, or we anticipated to have. It’s been very inconsistent. That’s on me. But very proud of their accomplishments here at South Carolina.”

Junior linebacker Spencer Eason-Riddle was recognized ahead of Muschamp’s press conference for being named to the 2019 Allstate AFCA Good Works Team. He is the first Gamecock to receive this award.

Eason-Riddle was named to the team for his work with Habitat for Humanity and the Big Brothers Big Sisters program at the VA hospital. He and 22 other college football players named will be honored at the Sugar Bowl in January.

“My community service kind of just began at wanting to help the city of Columbia and wanting to be of service to these great people,” Eason-Riddle said. “I’m blessed to be on the platform that I am, being a Gamecock football player ... I’m proud to be selected for this great honor.”

The Gamecocks kick off against the Mountaineers at Williams-Brice Stadium at 7 p.m. Saturday. The game will be aired on ESPN2.