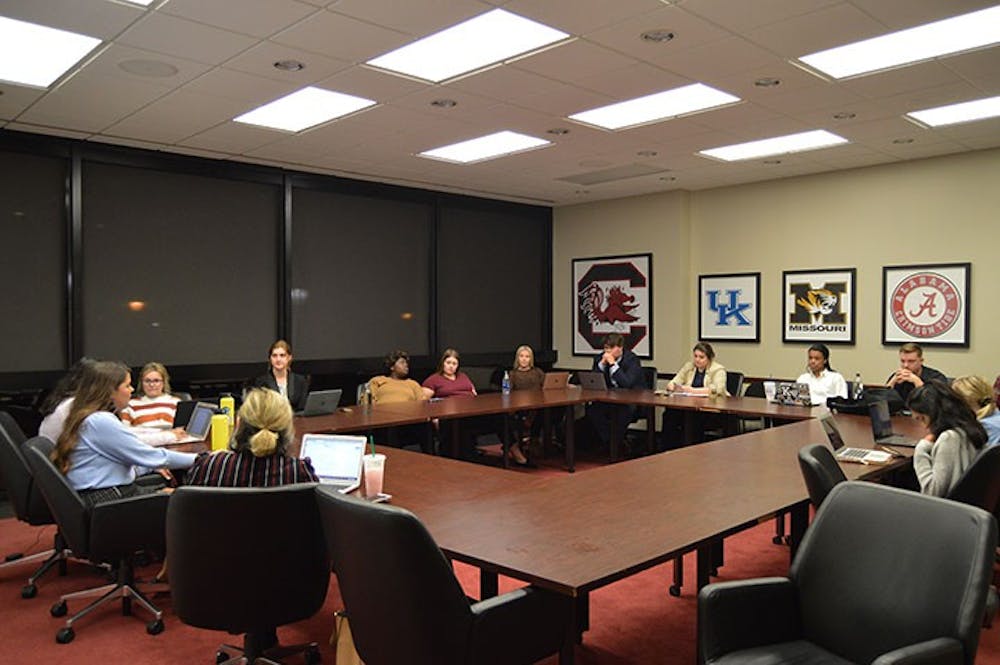 Tuesday night’s Student Government cabinet meeting revolved around two topics: initiatives completed over the break and those to come in the months ahead. Before beginning, chief of staff Sam Mayberry, the meeting's leader, said she was excited to hear everyone’s plans for this semester.

The renovation includes an increased number of study spaces on the fourth floor, including sectioned-off group study areas, whiteboards and a greater number of electrical outlets. The official unveiling of the renovation will occur at an undetermined time on Jan. 21.

Several cabinet members announced new initiatives at this meeting and expanded details on prior plans. Janel Moore, secretary of government relations, announced a workshop designed to help volunteers on Carolina Day, the university’s annual push in the South Carolina State House to advocate for USC and higher education in our state as a whole.

“If you do want to volunteer and just, like, ‘I don’t really know what I’m walking into,’ that's why I’m having that workshop,” Moore said, “so we can kinda answer all those questions about that.”

The workshop will be held at 7 p.m. on Jan. 21 in the Leadership and Service Center.  Moore encouraged in-state students to attend.

“The main focus is preferably doing in-state students so that they can have that face-to-face interaction with a representative or senator that they may not normally have being in their hometown,” Moore said.

Additional announcements included plans for a USC-exclusive, one-night-only version of the popular reality TV show “The Bachelor” to be hosted on Feb. 19 by the show’s own Mike Johnson as well as a golf tournament fundraiser for the school’s Student Veterans’ Association on April 28.