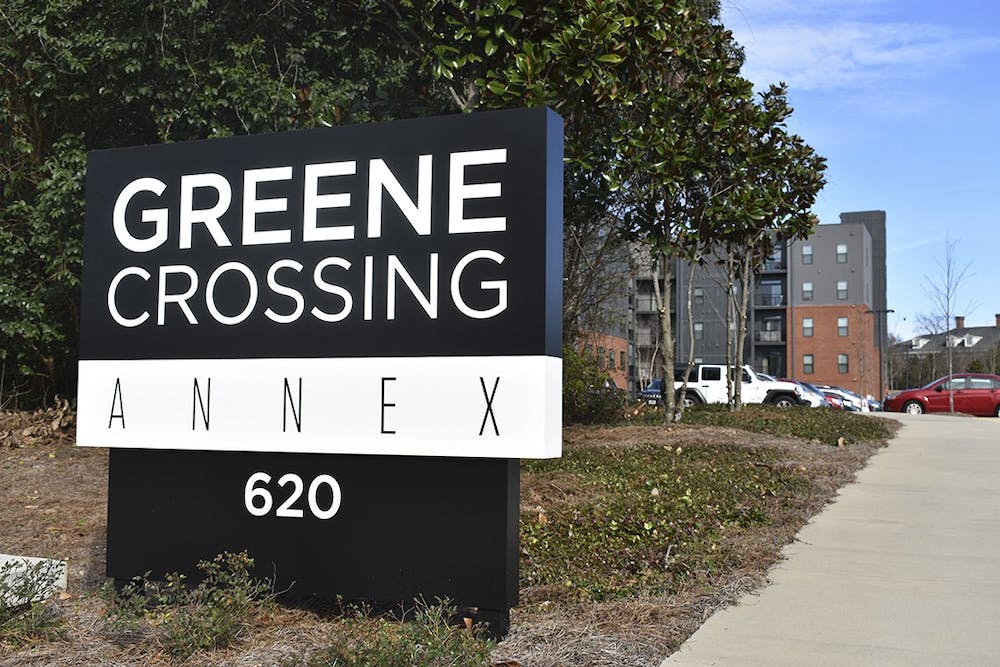 By Christine Bartruff, and Chloe Barlow

University housing is working with Greene Crossing and YOUnion apartment complexes to add 700 beds for students next year while the Campus Village project, a plan to rebuild south campus, is being developed.

Greene Crossing and YOUnion are partnering with the university in a “student support agreement,” university spokesperson Jeff Stensland said in an email interview. The agreement will allow students to lease right from the apartment complexes while the university provides an environment “comparable to that in university owned resident halls.”

“Our experience with housing students for three years at Park Place indicates that the student success rate is comparable [to] those housed at university-owned residence halls,” Stensland said.

Fourth-year finance and economics student and Residence Hall Association president Brandon Lynch is currently a resident of Park Place, which has an agreement with the university similar to the one with Greene Crossing and YOUnion.

Lynch said there are some disadvantages to living in apartments, especially for freshmen, like the lack of common spaces on upper floors.

In the 2019 U.S. News ranking, USC was ranked No. 1 for first-year student experience. Lynch said he feels the lack of open spaces could affect the first-year experience for those living in the apartment complexes.

Lynch also said the distance of Greene Crossing and YOUnion from campus could be a problem for students who have classes further away.

“If there was a shuttle system that worked really effectively and got you to campus really quickly, people who had to go from Park Place to Gambrell wouldn’t necessarily feel a strain as much,” Lynch said.

Lynch said a large part of the success of Park Place is due to the student support systems the university put in place, like resident mentors and other support staff, and having those systems in place will be key to the success of this agreement.

“I think that’s helped alleviate a lot of the problems that could’ve come up, living at a place like Park Place, and have sort of helped a lot of students find their home there still,” Lynch said.

The apartments range from three, four and five bedrooms, typically with one student in each bedroom.

“These complexes were chosen based on proximity to campus, safety standards, price, availability of required rooms and the owners’ willingness to allow clustering of rooms on floors or buildings to keep students in a single community,” Stensland said.

YOUnion property manager Tiffany Maddox said the prices for YOUnion's units will be based on market rates.

"All pricing is based on the market rates that we have in place whether it be for our current students or any new incoming students," Maddox said in an email.

The university will not make any profit from this arrangement, according to Stensland.

The “student support agreement” will last for one year “and is intended to provide University Housing time to solicit for a master lease agreement,” Stensland said. A master lease would allow the university to lease out the individual units instead of the apartment complexes.

Stensland said this agreement was made to be a temporary solution for the “transitional period” while Campus Village is being built, and the university expects that Campus Village “will meet future occupancy needs.”

"I wish they [USC] had taken the steps in the past few years to avoid this, but I think that it's necessary, and I have faith in housing's ability to make the best of the situation," Lynch said.