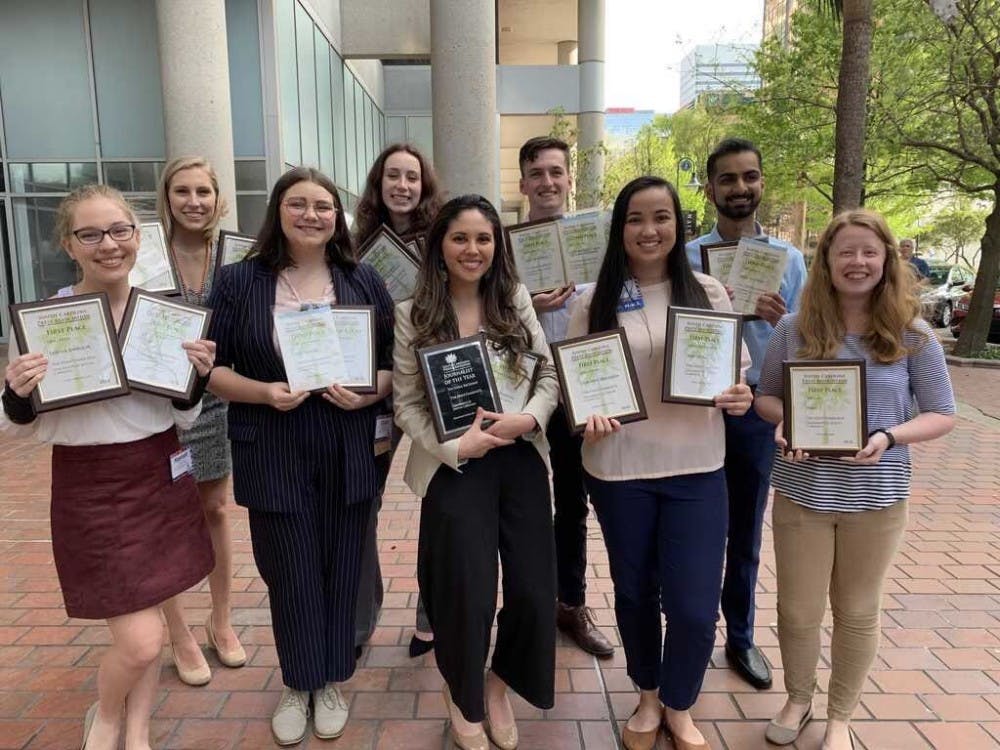 Across South Carolina, SCPA awards publications at the high school, collegiate and professional levels each year.

Tori Richman, editor-in-chief and fourth-year visual communications student, was the Collegiate Journalist of the Year for schools with a student population larger than 5,000. Richman is the first photojournalist to have won Journalist of the Year. She also received second place in sports photography and second place for her photo story with third-year media arts student Zachary McKinley on Saturday.

The staff’s editorial board received first place in a tie with Clemson University for The Daily Gamecock’s column leading up to the Carolina-Clemson football game. Clemson’s student newspaper, The Tiger, wrote a reply to the column online. Together, the columns took first place in the editorial writing category.

The full staff was commended for its use of social media and the website, both of which received first place awards.