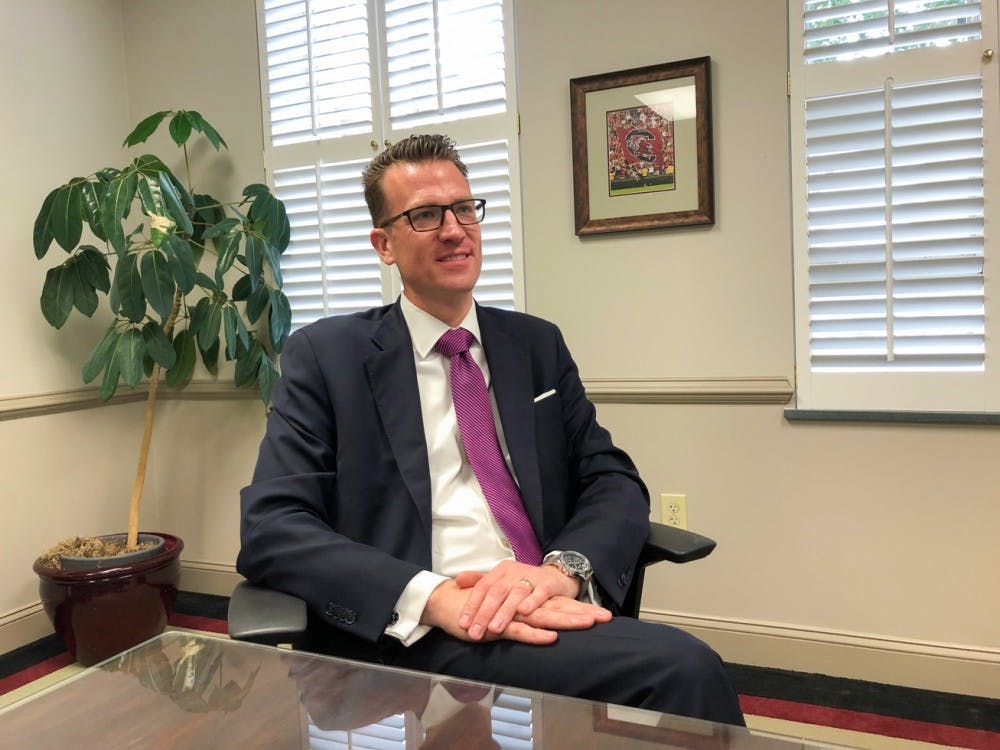 Brendan Kelly was appointed as the sixth chancellor of USC Upstate in Spartanburg two years ago and had served in this role until he received a phone call one Friday afternoon.

Kelly was sitting in faculty senate when he received the call asking him to serve as the interim president of USC until the Board of Trustees finds a candidate to take over.

"When I get calls that ask me to be in different service to others from the board for which I work now, I'm always happy to take that call," Kelly said.

Kelly said he doesn't worry about the title "interim president" because a university president's job doesn't change from day to day and the work at USC supersedes the titles given to employees. Kelly said all employees have a finite job duration, so whether he serves as president for one day or 10 years, he's just focused on his job.

"My hope is that you've had a great experience as a college student at this university, that it's one that has equipped you to go out into the world and affect positive change," Kelly said.

Kelly said during his time at USC Upstate, he wanted to make the university an asset to the surrounding community and be able to supply well-prepared students to the businesses in the same community.

"We have economies that are being shaped by the University of South Carolina and all its associated institutions," Kelly said. "My whole career has helped to prepare me but, to be quite honest, I come to work every day not only ready to lead but also ready to learn and to listen."

Kelly said he first became infatuated with higher education during his graduate years at Eastern Michigan when he got a chance to teach students for the first time. He said he fell in love with the scholarly and service missions that exist as a professor of higher education.

Kelly said he almost lost that passion when he felt the need to switch to a job in the private sector after the birth of his first child; however, his wife, Tressa Kelly, suggested he remain in public universities because he would be more satisfied with his life.

"When you get a chance to be part of that magical nexus between teacher and student — those moments are what shaped my life," Kelly said.

Kelly and his wife have three children together. He said he will be at USC full time and his family will be splitting their time between Spartanburg and Columbia. However, Kelly said he will to be present at USC and will interact with students as he and his family walk their Great Dane, Lucy, around campus.

Kelly wouldn't say if he plans to apply for the presidential job. Instead, he said he's relying on the Board of Trustees to make the right decision.

USC continues to search for a full-time president and is expected to for much of the next academic year.