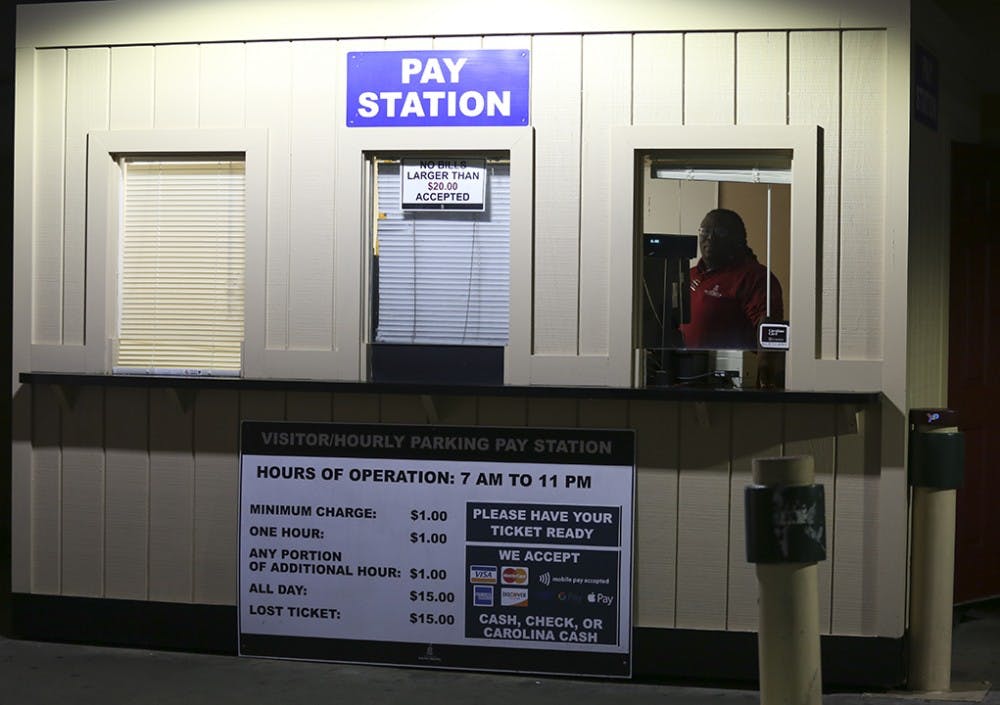 Student Government held its official inaugural cabinet meeting of the semester Tuesday night and planned out each members' goals and initiatives for the fall semester. These initiatives range from forming stronger relationships with the student body, improving safety on campus and expanding mental health outreach.

Student Body President Luke Rankin moderated the meeting, beginning it by discussing their efforts to diversify the payment available for the Bull Street Garage. Motorists can now pay with their credit or debit cards, Mobile Pay, Apple Pay, Google Pay or Samsung Pay. Previously, the parking garage was cash only.

"I've heard an outpour of not just students, but alumni and adjunct professors that don't have parking that use that," Rankin said. "They're so excited about it."

Rankin also discussed the 9/11 memorial event set for Wednesday, Sept. 11. Previously, Rankin wanted the event to be held at Williams-Brice Stadium, but after Beyoncé and Jay-Z's concert last fall damaged the football field prior to a home game, the request was rejected to protect the field for when the Gamecocks host Alabama on Sept. 14.

Rankin said some of the first-year students weren't alive when 9/11 occurred, so he wants this event to serve as a reminder and education of the tragedy that occurred 18 years ago. The new 9/11 plan will include various tabling events on Greene Street throughout the day where students, faculty and staff will be able to write cards in support of first responders and active military.

"Making sure that they're cognizant about the events and that they have the respect and appreciation for our active duty military but also our first responders," Rankin said.

There will also be a chalkboard to write inspirational quotes and a special workout, which will somehow include the numbers nine and 11, whether it be a nine round 11 rep workout or a workout totaling 911 motions.

The cabinet also discussed the continuation of the $1 bottle of water at the conclusion of the third quarter for students at home football games. The water will be sold at concession stands in the student section. Additional students are allowed to bring in one clear empty bottle or a sealed water bottle into the stadium, which can be refilled at two hydration stations.