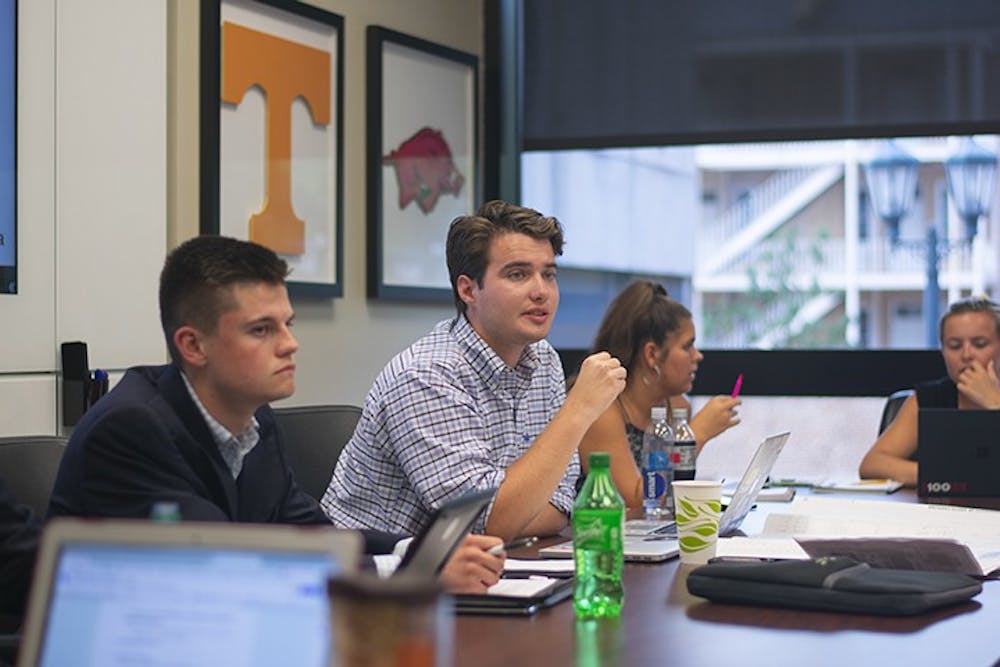 Student Body President Luke Rankin addressed the recent developments in a 300 space parking lot in the Greek Village, which has replaced the previously planned garage. Greek students who have houses in Greek Village have paid fees since 2016. A new plan was announced at last week's board of trustees buildings and grounds committee meeting, featuring a surface parking lot for Greek students.

"This is in no way, shape or form the final solution. This is not the 1,000 parking spots that Greek students paid for," Rankin said.

Rankin said he supports the temporary parking lot, however, he intends to push for the parking garage that was originally promised.

Student Government is also exploring the idea of obtaining a student body president vote on the board of trustees, an initiative discussed in past administrations by former student body presidents Ross Lordo and Taylor Wright. Janel Moore, government relations secretary, said there's a Student Government meeting next week to "start the groundwork" for a student vote to be added. Moore said they're looking to other SEC schools as examples of how to approach that appeal.

Rankin said the recent hiccups with student ticketing, admitting students in the gates, lack of water and other issues were solved at last week's football game.