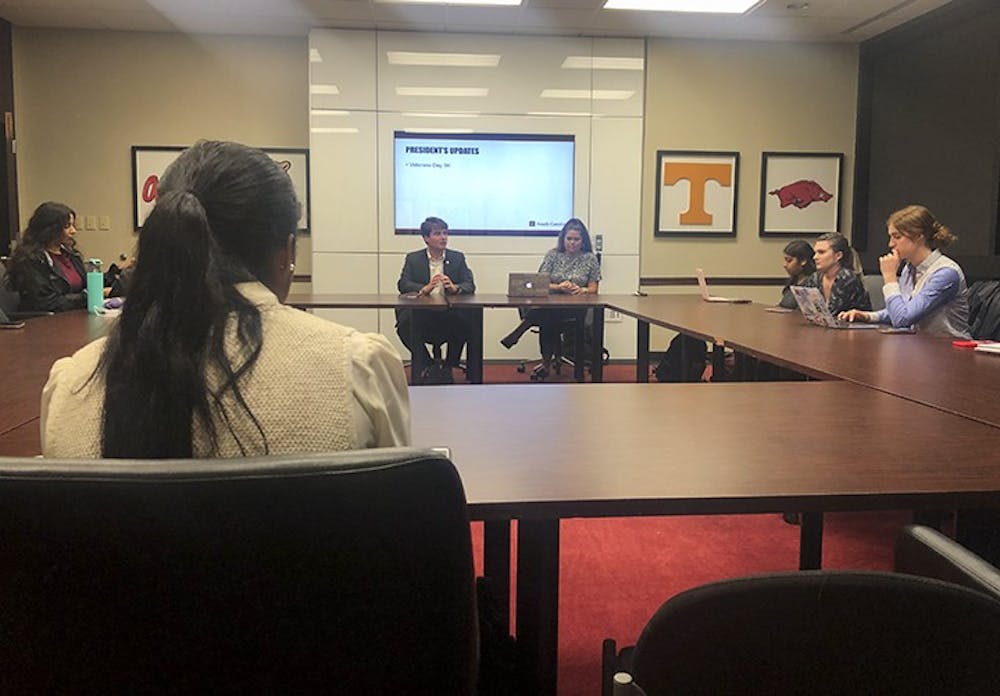 Derek Eversmann is one of the architects designing the project and said an optimistic timeline is a five-year plan, however, it's expected to take longer than that for a new student union. One of the new proposals for the union will double the size of Russell House.

"It's kind of a messy building," Derek Eversmann said.

Option A consists of maximizing Russell House by adding building and spaces, option B aims to expand Russell House and and a new section of student union placed on Main Street and option C is a gut renovation of the Coliseum and an expansion of Russell House.

The plans are still in the visionary stage and wouldn't include a finalized plan until April 2020, which would then require a board of trustees vote to approve the plans, Eversmann said. Student Body President Luke Rankin said it was exciting to see student engagement and USC's willingness for a new student union.

"All students know that we need new space and more space and we need some renovation," Rankin said.

Students will also be able to include their input in the next coming weeks as the group of architects hold more campus meetings.

Rankin also discussed the upcoming second annual Veterans Day 5K run on Monday, Nov. 11. Rankin said Student Government is expecting 500 runners at the event and President Bob Caslen will be one of them. Rankin also said drill sergeants will be stationed on the Bull Street hill to motivate students during the 5K.

"It starts off and goes around monuments across not only the university but the city of Columbia that means something to veterans or are impactful for what veteran life or active duty life is in the state of South Carolina and Columbia," Rankin said.

Another Veteran's Day event is an unveiling of a parking space for purple heart recipients at USC, Rankin said. The parking spot will be located behind the World War Memorial Building on the intersection of Sumter and Pendleton streets.