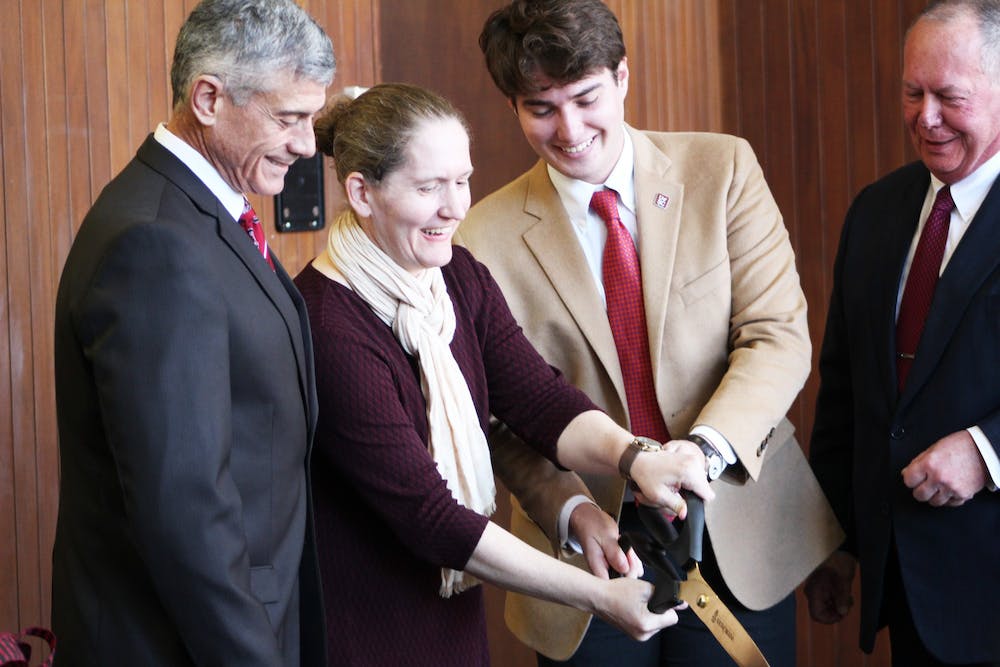 “I actually really like the renovations, I think they’ve done so much for the library,” Sawyer McDuffie, second year political science student, said. “I came on the first day of school and I started using it then and I’ve been here a couple other times.”

McNally first brought the idea of renovation up to Rankin at the beginning of the fall semester. The construction began on Dec. 16 and finished on Jan. 13. The renovations cost $750,000 and Caslen paid for the project out of the president’s initiative funds.

Called a “library of the future,” the main renovations include several technology pods placed throughout the floor. They are “glass-walled, temperature-controlled spaces with large, interactive monitors students can wirelessly connect their phone and tablet apps to,” according to the event description.

Caslen stressed that the technology pods are unique.

“There is no other library in the state that has this type of arrangement or this type of furniture,” Caslen said. “Even the library that’s a little further to the north is way behind us.”

In addition to these technology pods, the new arrangement increases seating capacity by nearly 100. To make space, rarely-used materials have been moved to an off-site warehouse where they can still be reached if necessary.

“We have space for students to collaborate, to study together, to study in a space that allows them to be the best that they can, to be successful in their academic ventures,” Rankin said.

While this renovation allows the library to function better, the work is far from done.

“Level four was the beginning; that's our experiment in terms of transformation,” McNally said. “Where are we going next? The main level of the library so that every single new student or prospective student walks in and is going to see a totally redesigned main level with this type of furnishing.”